Days of Our Lives Coming And Goings: Chrishell Hartley Returns As Jordan Ridgeway 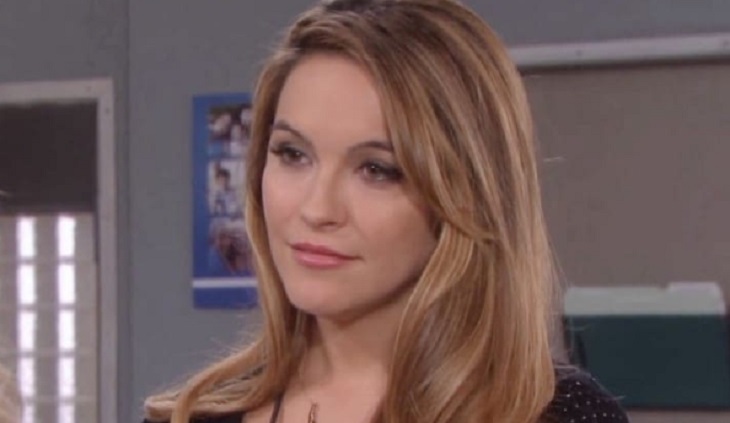 A familiar face will soon return to Salem as Chrishell Hartley is set to reprise her role as Jordan Ridgeway on the NBC soap “Days of Our Lives.” In a recent Instagram Q&A session with fans, she confirmed her return to the soap.

“Jordan is coming back soon! Next month I think… That’s great news for her fans and for DOOL fans in general,” Hartley said when a fan asked.

Upon her return, viewers may finally get the answer to a question that’s been baffling them ever since it was revealed that Jordan has a son. Who is the father of her baby boy, David? If there’s someone who may not be excited about her return to Salem, it’s definitely her brother, Ben Weston (Robert Scott Wilson), but for a good reason.

Back in February, Jordan almost ruined Ben’s life for good when she framed him for setting fire to a cabin with Ciara Brady (Victoria Konefal) inside. She accused Ben, formerly known as The Necktie Killer, that he has not changed and still doing his evil ways. Ben has struggled to forgive his sister ever since, and her return to town could open up fresh wounds.

Viewers may also recall that the former physical therapist stole Chad DiMera (Billy Flynn) and Abigail Deveraux’s (Kate Mansi) newborn daughter Charlotte. Jordan suffered a mental breakdown when it was finally revealed that she masterminded everything. She tried to defend herself by saying that she only wanted to protect Ciara and Charlotte from her brother. Her actions proved that she was mentally unstable, which is why she was brought to Bayview, where she is currently staying.

Days of Our Lives Spoilers – How Will Rafe React To Jordan’s Return?

Later, she revealed to Rafe Hernandez (Galen Gering) that she has a baby boy, David Ridgeway, who’s been staying with her friends in California. Rafe decided to get the baby and take care of him. When she returns, Jordan might want to reunite with her child.

How will Rafe react now that he’s grown quite fond of David? Additionally, her return would spark questions as to who David’s father really is. Jordan has remained mum about this, but viewers may soon find out if David’s biological father is someone they know.

Days of Our Lives Spoilers: Has Gabi Figured Out Nicole’s Secret? https://t.co/JYC6OLYhF0 pic.twitter.com/hNMRrWWpgX