EastEnders Spoilers: Jack Is Arrested For Brutal Attack On Fraser 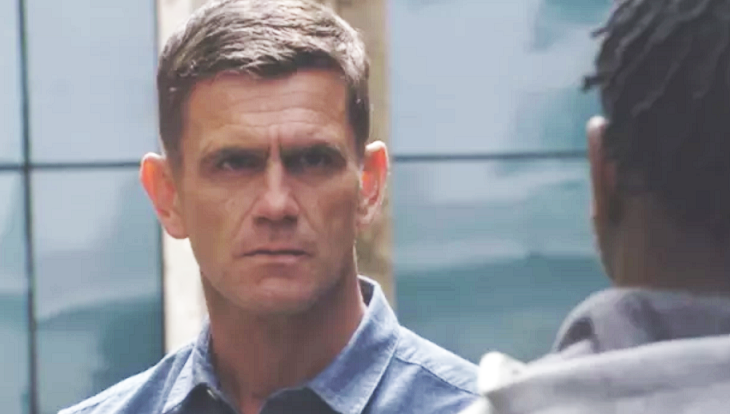 Jack Branning (Scott Maslen) finally faces the consequences of his actions, after he brutally attacked Tiffany Butcher’s (Maisie Smith) rapist back in June. Unable to give an alibi, he told Tiffany she didn’t have to tell the police what Fraser Shelton (Shanu Hazzan) did to her, and the July 16 episode of “EastEnders” ended with Jack being taken away by the police.

Will Tiffany break her silence to help her uncle? Or will Jack take all the blame ,knowing that he managed to get revenge on the man who sexually assaulted his niece?

Viewers may recall that Tiffany admitted to her uncle Jack that she was assaulted by a drug dealer named Fraser when she was on the run with his gang. The teen was able to get him to swear to secrecy, but things spiraled out of control when Tiffany confided in him once again that she had a run-in with her rapist.

EastEnders Spoilers – Tiffany Butcher Ordered Her Uncle To Back Off

Tiffany ordered her uncle to back off. But when he had a confrontation with Fraser in the park, he decided to call his police friend Muski (Patrick Cremin). Left unsatisfied with how their conversation went, Jack decided to take matters into his own hands.

Jack managed to get Fraser alone and when he closed in, the latter immediately knew what would come after. Then, his police contact Muski dropped by to let him know that his name came up in an investigation.

Jack tried to convince Denise Fox (Diane Parish) to give an alibi to the police. At first, she agreed, albeit reluctantly. But when she pressed for more information, Jack refused to tell her anything. Denise was left frustrated with Jack, and they both winded up ending their relationship as a result.

Later, Tiffany and Jack shared a heart-to-heart talk. She offered to tell the police what Fraser did to her but Jack insisted that she didn’t have to.

Jack's sorted Amy's nightmare, and walked straight into his own. #EastEnders pic.twitter.com/XDWDyMMJsy

When Max Branning (Jake Wood) learned about Jack’s ordeal, he suggested that the latter go into hiding. However, the episode ended with Jack being hauled away by the police.

Viewers have to tune in to find out Jack’s fate and if Tiffany would talk to the police and tell them the truth to prevent his uncle from going to prison. As always, more detailed Spoilers and Breaking news will appear here on Hollywood Hiccups!