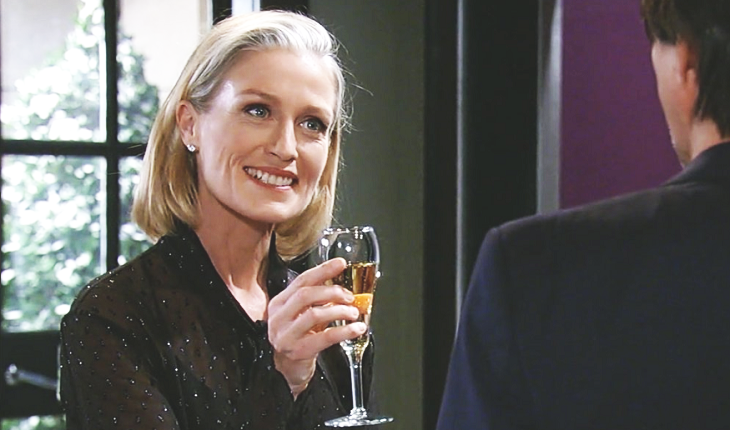 With so many villains running around Port Charles and causing havoc at every turn, it looks like there is going to be one more fan favorite who may be popping up in the coming weeks. As a matter of fact, new General Hospital spoilers tease that Cassandra Pierce (Jessica Tuck) isn’t dead yet.

The last time that fans saw Cassandra she was taken by someone wearing a Cassadine ring. Since then, her whereabouts have been unknown. However, Cassandra’s name has been mentioned quite a few times in recent weeks, including by Jasper Jacks (Ingo Rademacher).

This has a lot of people wondering if she is expected to return to the canvas. While producers of General Hospital haven’t said anything just yet, all signs point to a strong possibility that we might be seeing Tuck in front of the cameras sooner rather than later.

After all, if Ryan Chamberlain (Jon Lindstrom) and other villains can come back, then surely there’s no reason why the soap shouldn’t introduce this hard as nails drug lord, right?

If Tuck looks familiar, that’s because she is best known for her role as the ill-fated Megan, who tragically died from Lupus on One Life To Live.

She played the character from 1988 to 1992, then continued to make occasional appearances as Meghan’s ghost until the soap’s final episodes on ABC.

Tuck recently told ABC Soaps in Depth in an interview, “The good sign is I’m not dead. I’m hoping I get back to visit. I’m never opposed to that. Goodness knows, as Meghan on One Life to Live, I left and came back and visited in dreams as a ghost. I’m more than happy to make an appearance.”

It’s without a doubt that fans can’t wait to see Cassandra back in action. After all, Tuck is a daytime television legend! And if she does come back, there’s a good chance that she might end up in a story line with the Corinthos family and of course, Jax. Needless to say, fans will have to tune in to find out what will happen next!