Kate Middleton Is Behind The Royal’s Masterful PR Exercise 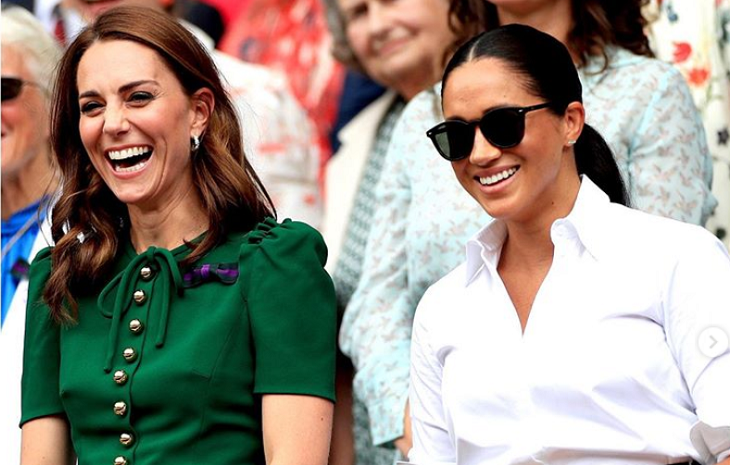 If there’s a reason why people are no longer talking about the supposed feud between the Cambridges and the Sussexes, there’s one person that you can definitely credit for it and that’s Kate Middleton.

In fact, there’s a new report that suggests the Duchess of Cambridge is behind the “masterful” PR exercise that has put an end to the Meghan Markle rumors once and for all. Here’s what you need to know.

According to Britain’s Express, it was Kate Middleton who coordinated the efforts for a joint outing with the Duchess of Sussex at both a polo match and at Wimbledon this past week.

She wanted to do this in order to put an end to the rumors suggesting that there was a feud between the two royals.

And so far, it’s worked. Not only were many people stunned to see Meghan hanging out with Kate and her children at a polo match that both Prince William and Prince Harry participated in, but they were also pleasantly surprised to see the two Duchesses enjoying each other’s company at Wimbledon.

They were accompanied by Kate’s sister Pippa Middleton who joined them in the royal box to see the Ladies’ Singles Final at the tournament.

Kate Middleton And Meghan Markle’s Outings Were No Accident

Royal expert Angela Mollard says that these two outings were no accident and that everything was carefully planned and coordinated by the Duchess of Cambridge herself.

“Masterful PR exercise, wasn’t it? This has a lot of Kate written all over, she’s sort of seen to take the lead,” Mollard said. “They were both there, they were both enjoying the tennis and they obviously had Kate Middleton’s sister, Pippa, there. Meghan was sandwiched between them, there’s a lot of shots of them chatting, laughing.”

The Duchess of Cambridge, Patron of the All England Lawn Tennis and Croquet Club, and The Duchess of Sussex will attend the Ladies' Singles Final at The Championships, Wimbledon on Saturday 13th July. #Wimbledon pic.twitter.com/8N8qa36nM6

One of the reasons why the Duchess took matters into her own hands simply was because she wanted to do what was best for the royal family. Mollard added, “Kate’s a kind person, she well brought-up, she’s doing the right thing. If there is any rift, we don’t really know.”

So far Buckingham Palace has not made any comments about the supposed rift between Kate Middleton and Meghan Markle.