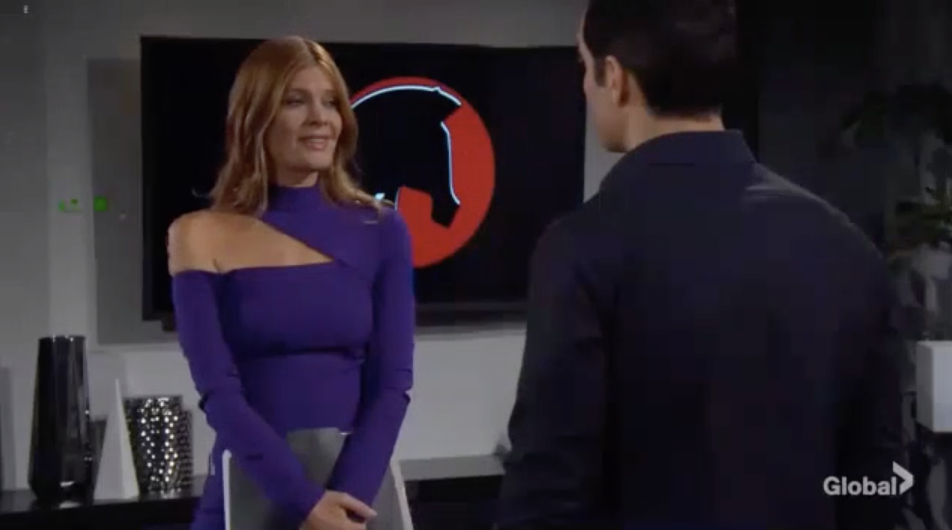 The Young and the Restless (Y&R) spoilers for Thursday, July 18 tease that Theo Vanderway (Tyler Johnson) apologizes to Kyle Abbott (Michael Mealor) and Lola Rosales (Sasha Calle) the other night. Theo says he didn’t mean to cause any drama and suggests that he thought it would be okay after all the things they experienced in New York together. Then, Theo quickly says, his New York secrets are safe with him.

In Paris, Ashley Abbott (Eileen Davidson) catches up with Jack Abbott (Peter Bergman). She realizes that Billy Abbott (Jason Thompson) arranged this trip. So, she wants to know why he is really there to see her.

He will explain that he feels lost with everything that happened over the past year. Ashley will understand. She said after what happened with their mother and Neil Winters’ death, she has to grab life and really live it. She encourages him to do the same.

At Crimson Lights, Abby Newman (Melissa Ordway) informs Phyllis Abbott (Michelle Stafford) that she wants to expand the Society into hotels. Phyllis doesn’t think Nick Newman (Joshua Morrow), Jack, and Billy will like the idea. Abby will come back that they need to take emotion out of this, it’s a sound business move.

Later at Dark Horse, Rey Rosales (Jordi Villasuso) corners Phyllis, asking about her connection to Chance Chancellor (John Driscoll). Y&R spoilers say that she has no idea where he is right now. Rey finds it interesting that he disappeared after her Vegas trip. Phyllis tells Rey to forget about Chance. The man he should talk to is Ronan Malloy (Jeff Branson).

Young And The Restless #YR Spoilers: Victor's Health Crisis Can No Longer Be Ignored https://t.co/KptIFsI1g4

Meanwhile, Abby and Nate Hastings, JR (Sean Dominic) go house-hunting together. Y&R spoilers say that Nate wants to buy Cane Ashby’s (Daniel Goddard) house, but he isn’t sure how he’d feel about it.

Abby says there is only way to find out and she encourages him to put a bid in. He does that and within minutes, Cane accepts it.

Cane is excited that Nate is buying his place as someone needs to make beautiful memories there. He cannot predict the future, but he’s excited about what’s to come. He tries to grab Traci Abbott’s (Beth Maitland) hand, but she pulls back. She tells him that they will have memories they shared and they will return to GC as great friends.

Cane is upset by Traci’s spiel about being only friends. It’s clear that he was hoping she was interested in him. It looks like the Trane ship may have sailed already.

Meanwhile, at Crimson Lights, Theo and Summer Newman (Hunter King) are planning another fun night out together when he gets a call from Lola. She wants to know all about Kyle’s New York secrets!

It sounds like there’s a lot of good stuff coming up in the next few weeks!