Young And The Restless Spoilers: Victor’s Health Crisis Can No Longer Be Ignored 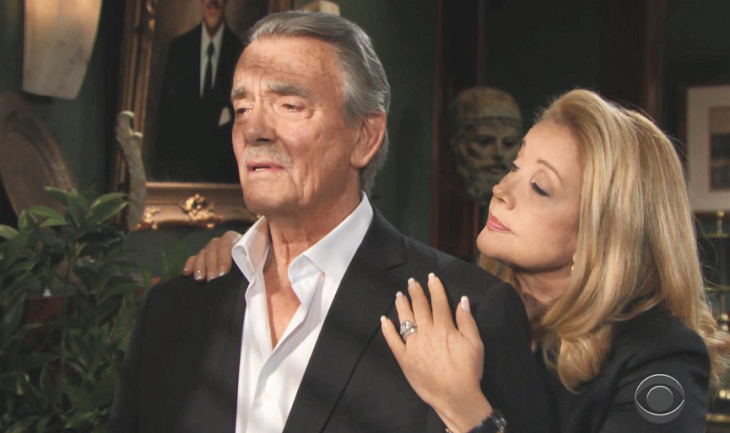 Victor Newman (Eric Braeden) has recently begun to experience a health crisis on the Young and the Restless. The effects of the experimental treatment he’s receiving from Dr. Nate Hastings (Sean Dominic) are now beginning to impact his decision-making and the lives of those around him in a variety of ways that wouldn’t be happening otherwise.

Y&R’s developing storyline, which involves its longtime lead male character, should prove to offer many creative opportunities. One of them involves the interplay between Victor and Adam Newman’s (Mark Grossman) family.

If first became obvious that Adam possessed many of Victor’s personality traits when Michael Muhney (Adam) embodied this character. The business cunning, in particular, that Victor Junior exhibited made Victor Senior believe that his younger son was the likely heir to the throne of Newman Enterprises.

Victor has always seen himself as someone who would do anything to protect family. That viewpoint has included countless amoral pursuits. Today’s Adam is following the same pattern, which could be considered a hybrid of genetics and intentional, self-involved choice.

Melissa Claire Egan’s (Chelsea Boudreau) return to the cast was embraced by the fans, which is no surprise. In addition to the veteran Y&R actor’s solid work through the years, her character was surely needed once Adam was found alive in Las Vegas, Nevada.

Since she’s rejected Adam and therefore a Chadam reunion storyline, Connor Newman (Gunner and Ryder Gadbois) now represents the person both of his parents will fight for control over. Along with that tenuous situation, a declining Victor enters the picture.

Y&R fans recall Victor’s last health crisis occurred last year. At that time, J.T. Hellstrom (Thad Luckinbill) twice tried to kill his once and anticipated father-in-law. J.T.’s brain tumor was unidentified during much of that arc, which appeared to turn Luckinbill’s good guy character into a monster. That terrific actor played his then transforming character to the hilt, while Victor appeared to be in a reduced physical state.

Braeden’s efforts as a frail Victor were so good that a contingent of fans were wondering whether the actor was also ailing. He took to social media to ally any concerns and proudly noted that strong acting is effective, which it surely was.

With the above, recent knowledge Y&R fans are now watching as Braeden takes Victor in a different health direction. This time the Mustache’s medicine has begun to impact Victor’s mind, rather than just his physical body. Viewers are sure to expect a series of scenes that will evoke compassion for this often times loathsome force. Whether Adam feels the same, or takes advantage of his father’s weakened state, will be worth the watch.