Big Brother 21 Spoilers: Paranoid Christie Has Another Major Melt Down 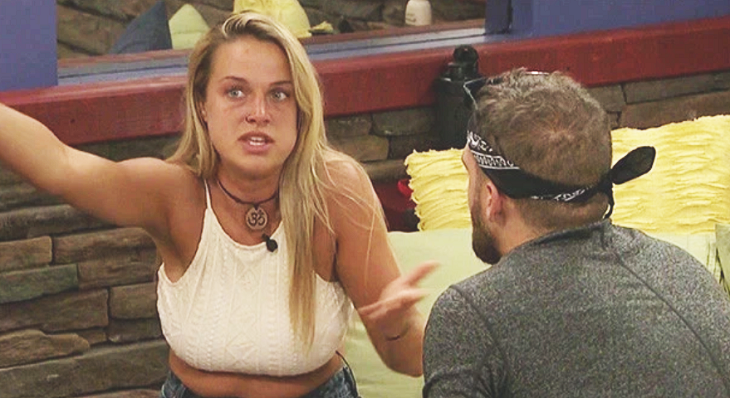 Annoyingly, every time things don’t go Christie’s way in the house we have to suffer through another dragged out session of her balling her eyes out. Like seriously! What is wrong with her?

Christie was so paranoid that she was going on the block that she almost had Kat convinced not to use the POV. During Christie’s paranoia she made a dumb move, she told Nick and Bella about her power and she didn’t tell her “ride or die” Tommy, she made the stupid decision all by herself.

Meanwhile, Nick was very surprised to hear about Christie’s paranoia, he likes her and wouldn’t dream of putting her up; if he was going to backdoor anyone, it would be Jack.

Big Brother 21 Spoilers: Is One Of The Players A Production Plant?

Christie thought Nick was after her because he started taking little jabs at her, and that is the same thing he did when he was after Nicole.

Christie decides to continue making stupid decisions and tells all the six-shooters about her power. Still, Christie is in a good position in the game; production and Jack have her back, if she just shuts her mouth and acts normal she could very well win the whole game.

Christie lied all day about her power and finally, she was called into the DR and ordered to go around the house and correct what she was telling everyone. Boy, that must have been fun! Called out for lying! Christie tried to come off to everyone like it wasn’t her fault, she just got mixed up.

Find out what #BBNick has to say about his time as HOH. #BB21 pic.twitter.com/Yo2MEFB6xk

In the end, Christie is not taking responsibility for her “losing it,” as it was apparently a hormonal problem that caused her to break down.

Let’s just sum up this whole day as “how many dumb moves can Christie make?” day!