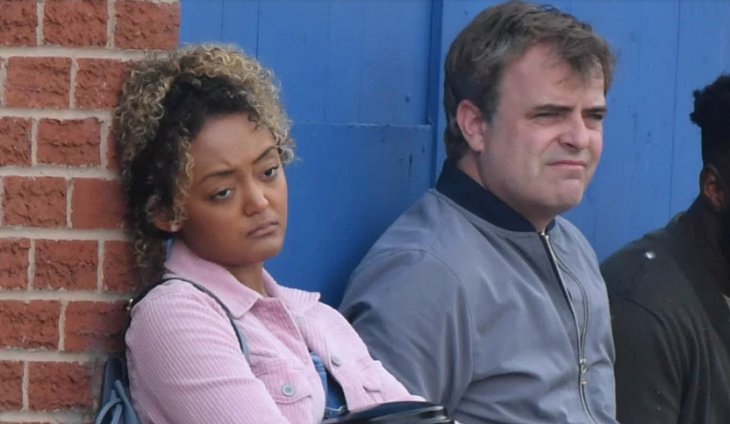 Coronation Street spoilers tease that Emma Brooker (Alexandra Mardell) is going to get a little support in the form of her biological father, without really knowing it. As a matter of fact, Steve McDonald (Simon Gregson) will be the one person there who will give her a shoulder to cry on after Emma lays her father to rest.

Also, Seb Franklin (Harry Visinoni) is going to be left horrified when he finds out about Alina Pop (Ruxandra Porojnicu) and the secret that she has been hiding from him this entire time. Here’s what you need to know.

Taxi driver Steve and Emma have been rebuilding their relationship ever since he crashed her father’s funeral. This comes after Steve was told that Emma was indeed his biological father. Little did he know that his ex Fiona Middleton (Angela Griffin) had actually given birth to his daughter some twenty years ago.

To complicate matters even more, Steve will be surprised to see Fiona back on the cobbles again. The couple dated until Fiona cheated on him with his father, Jim McDonald (Charles Lawson).

Meanwhile, Seb is going to be left both stunned and horrified when he finds out about the secret that Alina has been hiding from him this entire time. Even though he has had his suspicions, he didn’t realize that it was this bad.

Coronation Street spoilers indicate that Seb is going to try to take matters into his own hands after realizing that Alina’s boss Rachel (Verity Henry) has been holding control over the young girl. Seb has been randomly showing up at the salon that Alina works out, much to the annoyance of Rachel. But Seb never realized why Rachel was so angry about him turning up out of the blue and now he will find out why.

Elsewhere, Gary Windass (Mikey North) won’t be too pleased when he finds out that Sarah Platt (Tina O’Brien) had reported him to the police. Even though she has always had her suspicions, Sarah will finally put two and two together.

She will realize that it was Gary who was responsible for the roof collapse at the Underworld factory. Even though it was only a matter of time before the truth would come out, Gary is now going to do everything that he can to get his revenge on his ex-lover.

It looks like the net is closing in on Gary – will the police finally get their man?

Windass, who has played Gary for over a decade, told The Sun in an interview, “Now he’s lost her (Sarah) as well he’s got nothing to lose and that makes him quite dangerous. I always thought that was the way they were going to go with it.I thought that’s how he was going to get out of it for now. But they are going to need each other at some point.”