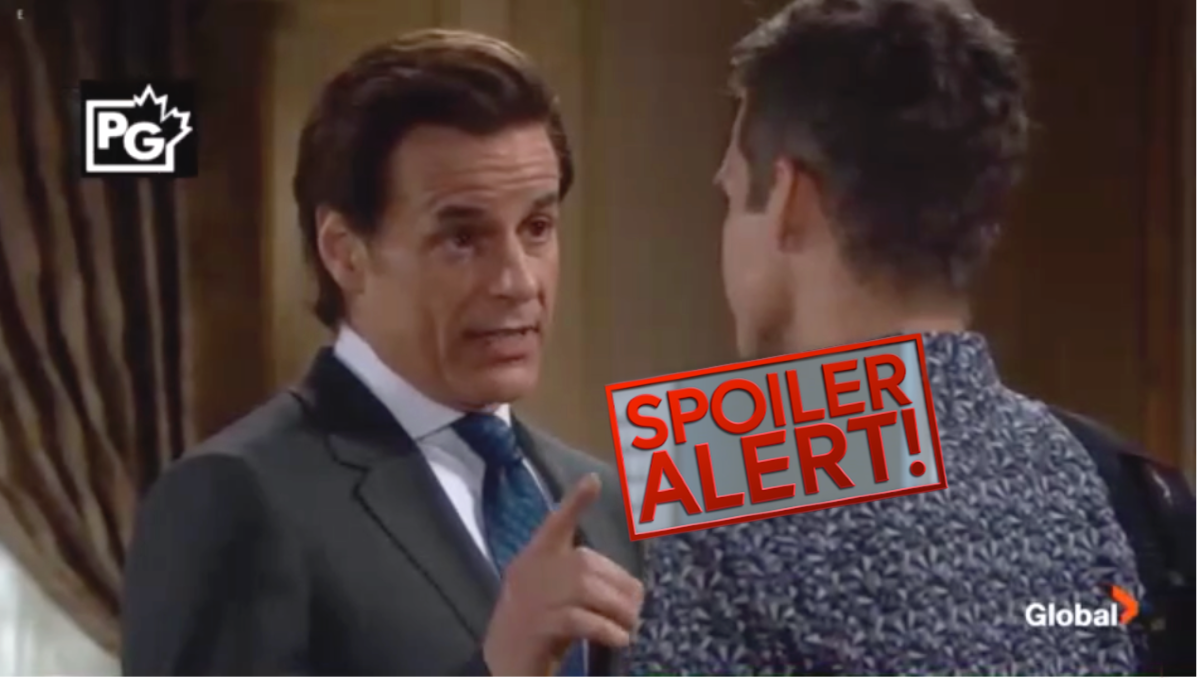 The Young and the Restless spoilers for Friday, July 19, tease that Phyllis Summers (Michelle Stafford) and Adam Newman (Mark Grossman) will catch up at Dark Horse. Phyllis will let Adam know that Rey Rosales (Jordi Vilasuso) was snooping around and knows about Adam’s connection to Chance Chancellor (John Driscoll). Phyllis will ask Adam directly about what he and Chance did together, but Adam won’t give up any details.

Meanwhile, Nick Newman (Joshua Morrow) and Chelsea Newman (Melissa Claire Egan) will talk at Nick’s house. They’ll speak about how Victor Newman (Eric Braeden) asked her to come to the Newman family dinner. Chelsea will ask Nick what he thinks about her attending the dinner – after all, he’s got a big custody fight coming up with Adam and she won’t want to cost him any allies.

Everyone Arrives For The Newman Family Dinner

Next on Y&R, at Society, family members will start to gather for the big Newman family dinner. Victor will fret a bit, but Nikki Newman (Melody Thomas Scott) will reassure him that nobody is going to judge him tonight. Abby Newman (Melissa Ordway) and Nate Hastings (Sean Dominic) will arrive, as well as Victoria Newman (Amelia Heinle) and Billy Abbott (Jason Thompson).

Meanwhile, in Society’s kitchen, Lola Rosales (Sasha Calle) and Theo Vanderway (Tyler Johnson) will have a little talk about Kyle Abbott’s (Michael Mealor) time in New York City. Theo will try to deflect, but Lola will insist on hearing the truth.

At Crimson Lights, Summer Newman (Hunter King) and Kyle will chat about Theo and his hard-partying ways. Summer will note that she doesn’t want to be settled and boring, and Kyle will warn her about how Theo can work people and that he’s dangerous.

Summer will then head to Society, where she listens at the kitchen door while Theo fills in Lola about his New York partying with Kyle and how there were many blondes. Afterward, Theo will invite Summer to his room, but she’ll have to scoot to the Newman family dinner.

Later, at Crimson Lights, Lola and Kyle will meet up, and Lola will ask Kyle to tell her about his time in New York because she needs to know who he is before she can marry him.

Next on Y&R, as the family dinner begins, Victor will express his appreciation for each person present, but then Adam will show up at the restaurant with Phyllis and wonder if Victor has any kind words for him. Victor will remark that Adam actually distanced himself from the family.

Phyllis and Adam will head to the bar and away from the family table at Nick’s insistence, and Phyllis will eventually convince Adam to leave the premises. Phyllis, however, will remain behind and talk to Summer, noting that her daughter has emotionally exiled her. The two will argue, and Summer will ask her mom to break things off with Adam, and the two will part on bad terms.

Back at the dinner table, Victor will suddenly announce to everyone that he has kept them long enough and that they have a full day’s work ahead of them. Of course, it’s actually evening, which Victor will eventually remember. His moment of confusion will worry about everyone.

Next on Y&R, at Adam’s penthouse, Kevin Fisher (Greg Rikaart) will enter with the envelope that Adam gave him and start to place a call on his phone. Suddenly, Michael Baldwin (Christian LeBlanc) will appear, grab Kevin’s phone from him, and ask him what he’s doing. Kevin will tell Michael that Adam has compromising photos that he’s going to use to bribe the judge in the custody case – Adam wanted Kevin to blackmail the judge with the photos.

Kevin will proceed to explain that he’s going to use the photos against Adam, but Michael will point out that Adam could easily announce to the world that Chloe Mitchell (Elizabeth Hendrickson) is alive and that Kevin’s plan could backfire. Michael will tell Kevin that he’ll deal with this situation.

Later, Adam will return home to find Michael waiting for him. Adam will assume that Michael is there about the photos, and Michael will say that he wants to make a deal with Adam and ultimately save Kevin from himself.

Finally, on Friday’s episode of Y&R, Billy will have another troubling nightmare, which Victoria witnesses. And at Nick’s house, Chelsea will let him know that she’s grateful that he’s on her side. She’ll kiss Nick on the cheek and say goodnight.

Be sure to tune in on Friday to catch up on everything happening on Y&R right now.