Bold and the Beautiful Spoilers: Marriage Jitters Have Everyone On Edge – Hope Pushes Herself To Say I Do 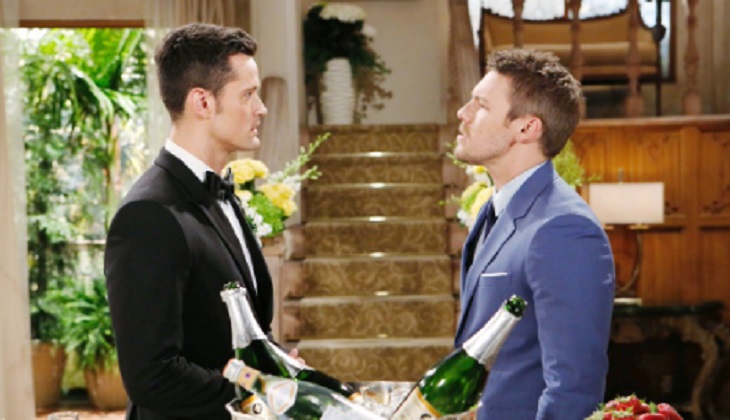 It’s natural for brides to have wedding jitters on ‘The Bold and the Beautiful’. The planning swirl alone can be fully distracting. But Hope Logan’s (Annika Noelle) push toward marrying Thomas Forrester (Matthew Atkinson) isn’t about logistics.

Bold and the Beautiful Spoilers – Loved Ones Deeply Concerned

Liam Spencer (Scott Clifton) is more concerned about Hope than she is about herself. He’s joined by Brooke Logan Forrester (Katherine Kelly Lang), as she fully shares Liam’s fears that Thomas’ is all wrong for her daughter.

Fixation, obsession, and other descriptive nouns are all fully accurate where Thomas’ so-called interest in Hope is concerned. The problem is that his loved ones, namely Ridge Forrester (Thorsten Kaye) and Steffy Forrester (Jacqueline MacInnes Wood), are allowing their protective instincts to override logic.

Hardcore B&B fans know that Thomas has exhibited mental health issues in the past. Newer viewers heard recent dialogue that referenced him trying to blow up his brother’s, Rick Forrester (most recently played by Jacob Young), car, and doing other things that reflected instability.

Ridge and Steffy want to believe that Liam and Brooke are choosing to dwell too much on the past rather than where Thomas is now. The problem is that history has been repeating for awhile.

The unusual circumstances surrounding Caroline Spencer’s (Linsey Godfrey) death are now plausibly linked to Thomas, though no evidence has been presented regarding this pure speculation. However, Thomas did forge an illustration, as though it was from Douglas Forrester (Henry Joseph Samiri), and a letter, as though it represented Caroline’s last wishes.

Thomas also continues to threaten Flo Fulton Logan (Katrina Bowden) and Zoe Buckingham (Kiara Barnes) to remain silent about the baby swap secret. He tailgated Emma Barber (Nia Sioux) to her death, drugged Liam’s drink, and just orchestrated a major scare of his own son with a projected ghost.

It appears that Thomas’ patience with Hope only exists because he believes the finish line is certain. However, it’s actually a mirage.

While this couple appears likely to complete their hastily arranged ceremony in Brooke’s home, consequences linked to this arc are sure to follow. The baby swap reveal will give Hope and Liam back the daughter they thought was lost forever, but that also means Steffy will be forced to surrender her adopted child.

As friends and family gather to witness Thomas and Hope say "I Do," Hope considers her options. WATCH FULL EPISODE: https://t.co/kc5EPXaVwB #BoldandBeautiful pic.twitter.com/zuvoBKLden

As for Thomas, the horrid details of Reese Buckingham’s (Wayne Brady) steal and sale of Beth Spencer (Madeline Valdez and River Davidson) are sure to become public. When that happens, those who Thomas has been pressuring will have no reason to withhold what they know about his actions.

The referenced finish line seems almost certain to create another annulment for Hope. This time, instead of her leaving Liam, she’ll petition to end her marriage to Thomas based on his demented actions.