General Hospital News: Here’s What Scarlett Fernandez Has Been Up To 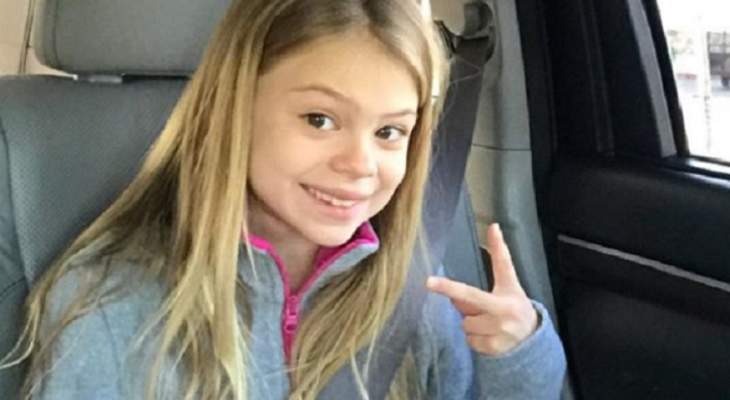 General Hospital star Scarlett Fernandez (Charlotte Cassadine) might not be spending much time in front of the soap cameras these days, but that doesn’t mean she hasn’t been keeping busy.

As a matter of fact, the little cutie has a lot going on for her these days. She’s made it pretty clear that she also has a new priority over acting in her life. Here’s what you need to know.

Little Scarlett (actually make that not-so-little) shared a video clip of herself practicing her gymnastic moves by the pool.

You can take me out of gymnastics but you can’t take the gymnastics out of me!! #summer #minifern

A post shared by Scarlett Fernandez (@officialscarlettfernandez) on Jul 8, 2019 at 7:03pm PDT

Clearly, Scarlett has been spending more time at the gym than at the studio these days! But that’s not a bad thing, right? She captioned her clip with, “You can take me out of gymnastics but you can’t take the gymnastics out of me!! #summer #minifern.”

While a lot of her social media fans admitted that they sure do miss seeing her on the small screen, some of them commented on the photo with, “Be careful on cement and around pools but love your talent. You’re too cute!” along with, “Oh sweetheart please be careful around the pool & cement. I would love to see some gymnastics on some nice soft mats.”

Another fan said, “You are a very talented little girl but definitely be careful. When are you going to be back at Port Charles again? Your fans miss seeing you. Have a great summer.”

While Scarlett herself hasn’t said anything (her social media account is run by her parents), we have a feeling that for now she’s simply focusing on enjoying her summer break, catching up on her reading list and of course getting ready for the new school year ahead.

In addition to her work on General Hospital, Scarlett also appeared on several episodes of American Housewife. To put it simply, this girl is definitely keeping busy but apparently that’s the way she likes it. Should Scarlett appear in any upcoming episodes of General Hospital we will definitely update you with more information as it comes in. Stay tuned!

General Hospital Rumor: Will Nelle Kidnap Jonah And Go On The Run With Ryan?