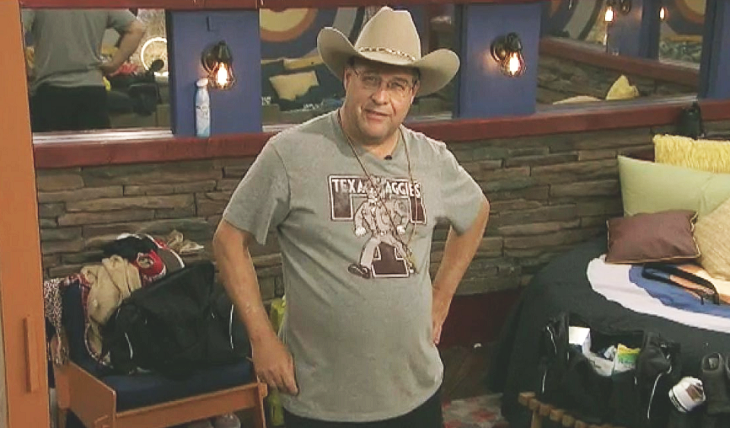 You know what they say, it’s not over until it’s over! Cliff got evicted from the Big Brother 21 house and sent to Camp Comeback. He participated in the Camp Comeback competition with Kemi, David, and Ovi, and aced it like a champ!

It was definitely a nail-biting moment when Cliff played slow and steady, earning him the opportunity to get back in the house and continue to play the game.

Then, following the Camp Comeback competition, there was the HOH competition, Cliff, who is considered “low hanging fruit” by gr8ful, came back to the game to win two competitions back to back, he took the HOH win!

Basically, poor Cliff that was considered a floater, is now on a very small tiny island with sharks surrounding him and watching his every move. The smartest thing to do at this point would be for Cliff to make a big bold move and take either Jack or Miche out of the game – this would be the big move that Cliff bragged about.

A shocking turn of events left the entire house speechless. Watch the intense competition that sent three Houseguests packing, and one back in the game: https://t.co/mDopXAbLIG #BB21 pic.twitter.com/1lVK7VLQvo

Although, Cliff told Tommy, before winning HOH, that if it were to happen he would take out Kat and Jess. That would be so disappointing and make for a boring summer. This is definitely going to be a big week in the Big Brother house.

Will Cliff take out one the big sharks; Jack, Miche, Nick, Christie or Bella? Cliff is mad at Christie for blowing up what he said in private to the camera. Will this give him enough ammunition to get rid of her?

Sadly, even if Cliff does try to get rid of the sharks, we can’t guarantee that one of them goes home because of all the secret powers in the house.

The only way I can see Cliff getting rid of one of the sharks if it is someone other than Christie. There is no way that she would use it on someone else and not herself.

Big Brother 21 Spoilers: Paranoid Christie Has Another Major Melt Down

It really is time for Cliff to put up, he said he would make a move, it is time to do it. Sadly, even if he does, he will probably be taken out when someone else wins HOH.