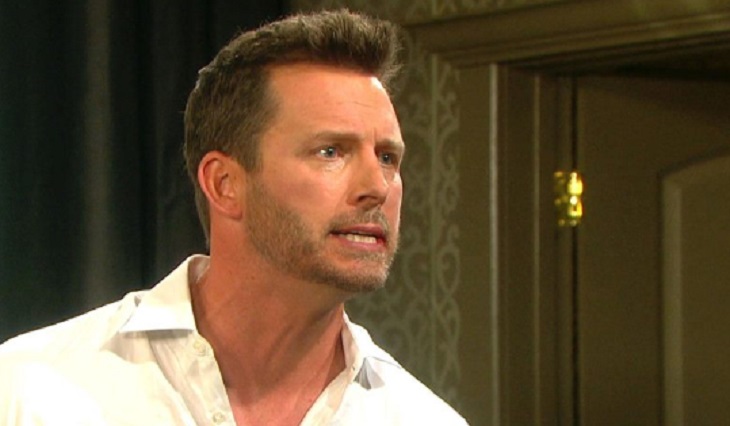 We’ve got good news for Days of Our Lives star Eric Martsolf (Brady Black) fans. That’s because viewers will soon get to see much more of him, both on screen and off screen. Several months ago it was reported that the handsome actor would be hosting a new podcast called For Dummies: The Podcast and now we’ve got new details right here!

Who knew Eric was such a science buff, right? The actor shared a preview of his podcast on his Instagram account and captioned his post with, “Curious about Forensics? Its not always what you think. Let’s chat about it on #fordummiesthepodcast.”

A lot of his fans seemed to be just as intrigued with plenty of them commenting with, “Can’t wait to hear this one! This is going to be interesting,” and “I would love to do this for a profession. I find it so interesting!!”

Curious about Forensics? Its not always what you think. Let’s chat about it on #fordummiesthepodcast . Link in Bio…

Another fan wrote, “There are some incredible podcasts out there. I am addicted.”

Clearly, Eric’s fans are enjoying his side work with this podcast (which by the way, has nothing to do with dummies, ha!). Meanwhile, it also seems as though Eric has plenty of work ahead of him on the set of Days of Our Lives. That’s because Kristen DiMera’s (Stacy Haiduk) life is unravelling as she can’t keep up with her multiple faces anymore. One minute she’s pretending to be Nicole Walker (Arianne Zucker), and now she’s the quirky Susan Banks while trying to hit on Eric. Clearly, he has no idea what’s going on and can’t understand why all of these women are trying to make out with him on a daily basis. Things are about to get real interesting!

Eric’s Keeping Busy On And Off Screen

In addition to his work on Days of Our Lives, Eric has also starred in The Bay, Extant, The Other Hef, Acting Dead, and Miss Behave. He also had a guest appearance on Rizzoli & Isles and played Ethan Winthrop on the hit daytime television show Passions from 2002 to 2008. Eric Martsolf is an actor that sure likes to keep busy!