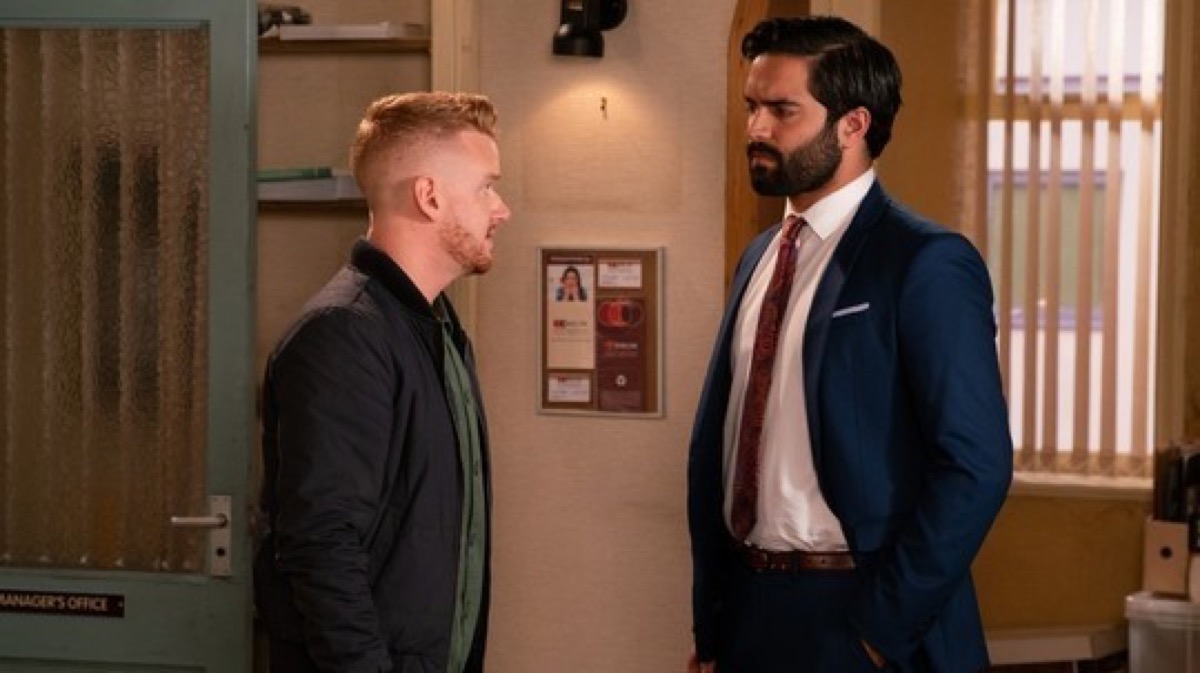 Coronation Street spoilers for Monday, July 22 finds Gary Windass (Mikey North) finally admitting the truth about the Underworld Collapse after keeping it a secret to himself for these last several months. Here’s what you need to know.

It’s been a long time coming, but it looks like Gary is finally ready, to tell the truth about what happened that fatal day the roof collapsed at Underworld’s factories. The tragic accident resulted in the death of Rana Habeeb (Bhavna Limbachia) and injured several others. Even though Carla Connor (Alison King) blamed the accident on herself and her negligence, Gary has been running around town pretending like he had nothing to do with it. Until now.

The Truth Is Out

Mikey North, who plays bad boy Gary on the hit ITV soap says that while the walls are certainly closing in on Gary, he doesn’t plan on leaving Weatherfield anytime soon. He told The Sun in an interview, “I’ve been here for over 10 years now and this is the most exciting period of time in Gary’s life. You want big storylines so I’ll take whatever they can throw at me. I don’t think Gary has any intention of being caught for a long time yet and he won’t go down without a fight that’s for sure. The stakes are high now for Gary and he’s got nothing to lose.”

And while it looks like Gary is going to do an about-face, it’s not coming to happen right away. He will try one last-ditch effort to pin the blame on someone else. He figures that since Rick Neelan (Gary Wood) is dead, he can’t defend himself and that’s when he comes up with a plan to smear one of his old jackets with vandal paint. Unfortunately for Gary, he is going to be caught in the act.

Elsewhere, Chesney Brown (Sam Aston) is stunned when Gemma Winters (Dolly Rose Campbell) wayward mother Bernie Winter shows up looking for a place to sleep at night. And while Chesney has no problems helping her out, he’s left quite shocked when Bernie has a proposition for him. Actually, make that an indecent proposition.

Meanwhile, Kevin Webster (Michael Le Vell)makes it pretty obvious that he’s not happy with the fact that Sophie Webster is dating someone so much older than her. But that doesn’t stop Sophie Webster (Brooke Vincent) from doing what she wants with Paula Martin (Stirling Gallacher). Also, Tracy Barlow (Kate Ford) is left fuming when she discovers that Steve McDonald (Simon Gregson) has his license back. She also finds out that he has been secretly organizing unicorn parties behind her back. That’s when she decides to take matters into her own hands and demands an explanation from him.