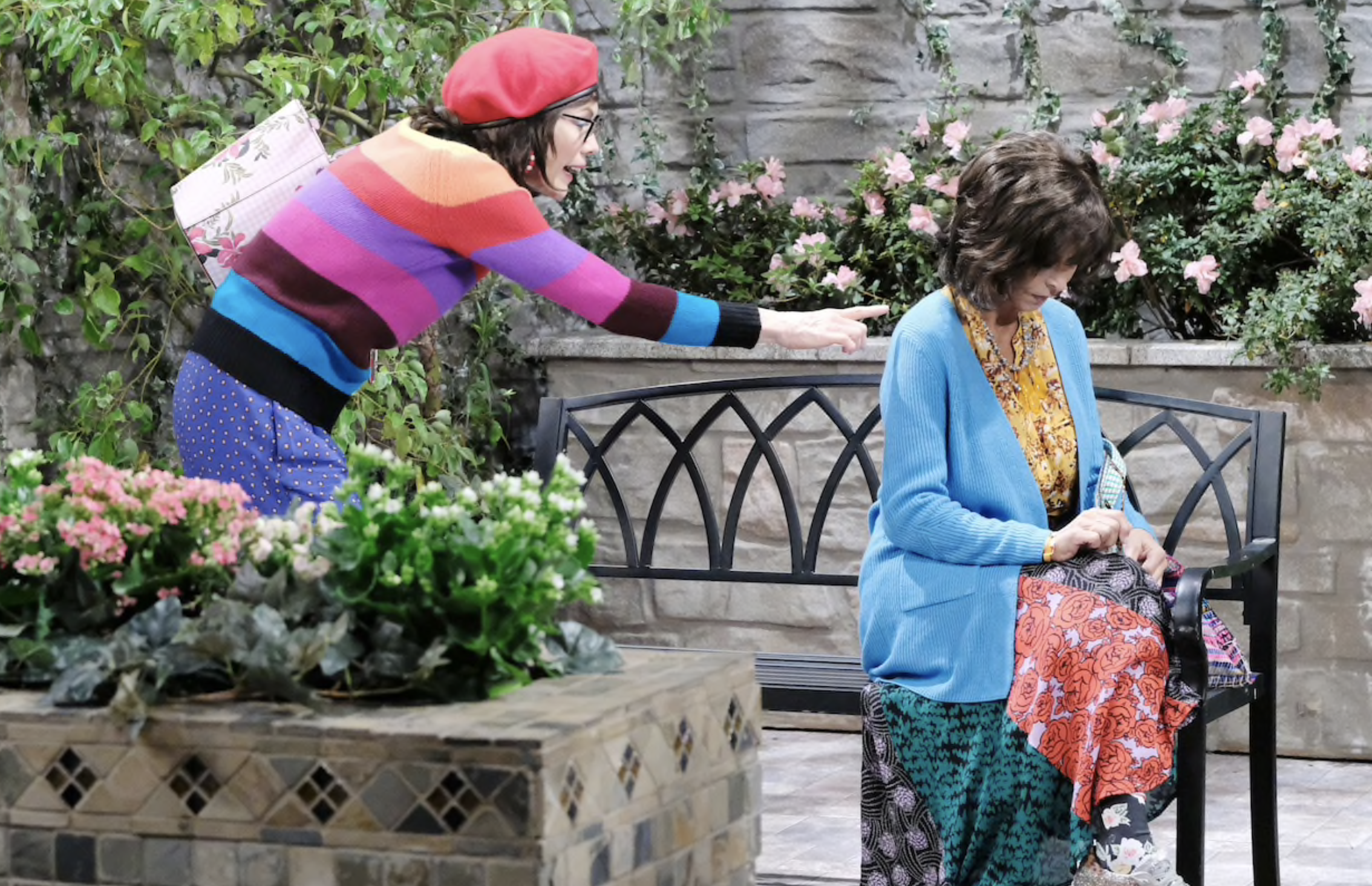 Days of Our Lives spoilers for Monday, July 22 through Friday, July 26 warn that viewers shouldn’t even blink because there will be so much drama, excitement, mysteries and maybe a little humor thrown in on this week’s Days of Our Lives!

The weekly DOOL preview video guides viewers through some of the highlights of this week’s adventures as Susan Banks (Stacy Haiduk) sees herself and tries to shoot. Rex Brady (Kyle Lowder) tells Xander Kiriakis (Paul Telfer) that he’s going to end him in a full-frontal attack as Eric Brady (Greg Vaughan) and Sarah Horton Brady (Linsey Godfrey) watch the action.

Susan Banks doesn’t know if she’s coming or going as she spots her double in the Horton Town Square, and pulls a gun on her! Kate DiMera (Lauren Koslow) is apparently confused and accidentally injures Sarah as she conks her on the head! Also in Monday’s episode, Gabi has to give Stefan bad news, and Xander wants to make Kristen pay by making her grovel!

On Tuesday, Lani Price (Sal Stowers) finds inconsistencies in Ted Laurent’s (Gilles Marini) account of his kidnapping, while Xander is fed up with Kristen’s shenanigans and controlling manipulations and disassociates himself for her forever, therefore ending their alliance! Also on Tuesday, Stefan tries to bargain with Kate to change her testimony.

Jennifer Horton Sets Up A Date With Dr. Shah

Wednesday, Jennifer Horton (Melissa Reeves), frustrated with Jack’s wishy-washiness in trying to get his memories back, sets up a date with Dr. Henry Shah (Andre Khabazzi), and Haley develops what Tripp thinks are symptoms of post-traumatic stress disorder when she starts having frightening visions and nightmares. Also in Wednesday’s episode, Eve surprises Jack when she does a 180 and supports him taking the memory serum, and Rex attacks Xander over Sarah.

Bold and the Beautiful Spoilers: Liam Won’t Back Down – Thomas Plays It Cool https://t.co/LW7qwqKFnT pic.twitter.com/aoGmmotmhP

In Thursday’s episode, Stefan and Gabi brainstorm about how to deal with his troubling situation and how Nicole fits into it, and how to deal with her; and Eve deceives Jack, taking drastic measures to keep him from regaining his memories. Also on Thursday, Jack reaches out to his son JJ Deveraux (Casey Moss) with some surprising news, and fakeNicole tells Brady about her plans for DiMera.

Friday, Tripp tries to help Haley with her nightmares and hallucinations of Claire lighting matches and wielding knives by going to Dr. Shah for some tranquilizers that had helped him with his own PTSD symptoms in the past, and giving them to Haley. FakeNicole contacts someone from the past to help her with her mission, possibly a DiMera thought dead? Also, Jack is enraged when he witnesses Eve in an act of betrayal against him!