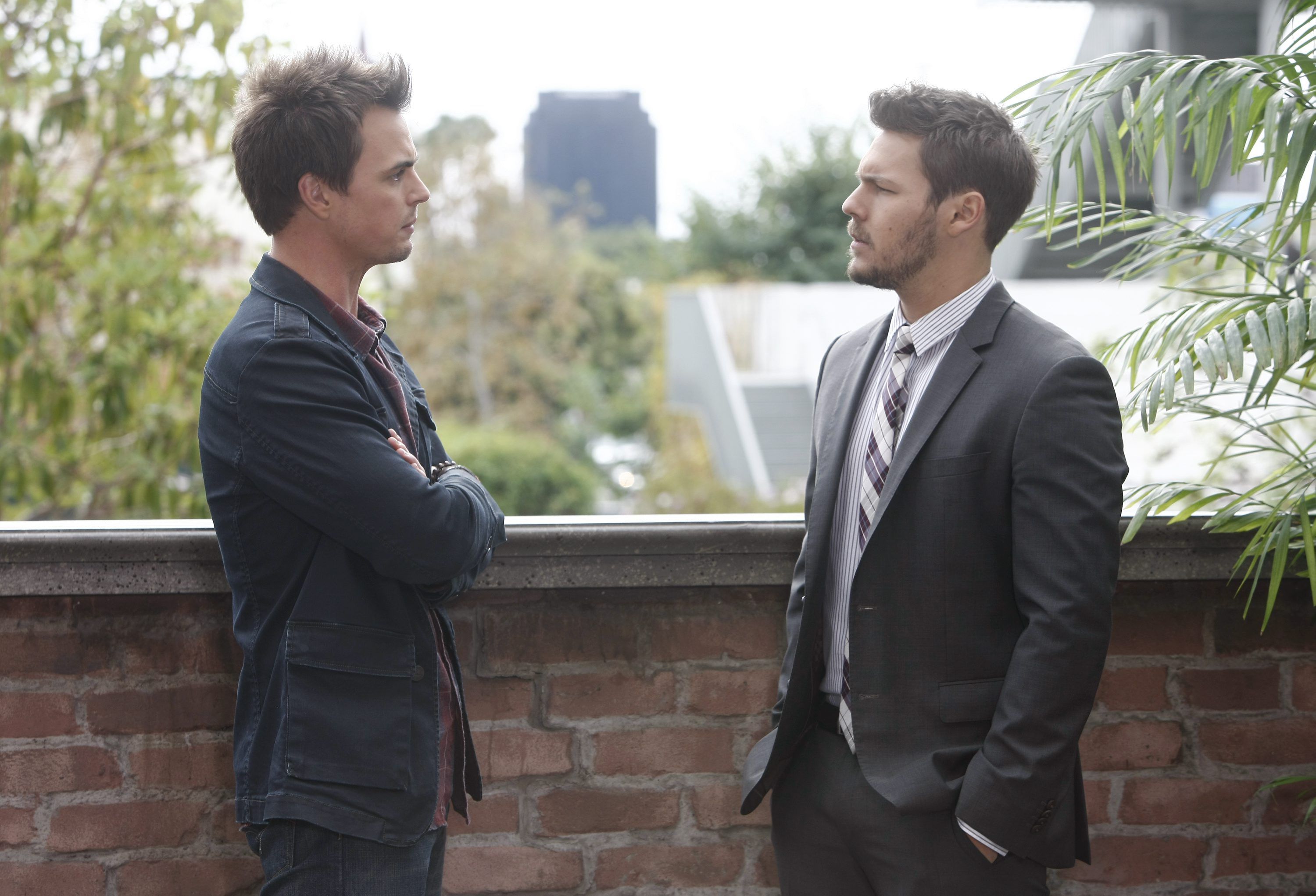 The Bold and the Beautiful spoilers tease that Liam Spencer (Scott Clifton) will soon find himself on a mission. After overhearing an argument between Florence “Flo” Fulton (Katrina Bowden) and Thomas Forrester (Matthew Atkinson), he’ll become determined to learn about the big secret that Thomas and Flo are keeping.

Liam won’t hear enough of their conversation to learn that Phoebe Forrester (River Davidson and Madeline Valdez) is actually his daughter Beth Spencer, but he’ll catch on that there’s a secret and that it has something to do with both Flo and Hope Logan (Annika Noelle), and that will pique his interest.

But instead of confronting Thomas, which he suspects would only lead to more lies and denials, Liam will decide to investigate on his own to get to the bottom of what’s going on. According to B&B spoilers, Liam’s first action will be to seek out his brother Wyatt Spencer (Darin Brooks). As B&B viewers know, Wyatt and Flo are romantically involved, so that puts Wyatt in a good position to get information from Flo.

According to B&B spoilers, Liam will initially be concerned that something might have been awry with Phoebe’s adoption, and he’ll be concerned in part about upsetting Steffy Forrester (Jacqueline MacInnes Wood), since she’s Phoebe’s adopted mom.

So, Liam will tread carefully, and he’ll ask Wyatt for his discretion. He’ll think that perhaps Wyatt can nonchalantly quiz Flo about her past, and specifically about the adoption process, to learn some details that might help him figure out what’s going on between Thomas and Flo.

Liam Has No Idea That The Secret Involves His Own Daughter

Little does Liam know that Flo never gave birth to “Phoebe,” and that the baby is actually his own daughter, who Reese Buckingham (Wayne Brady) stole shortly after Hope gave birth to her. And Liam doesn’t realize just what lengths Thomas will go to in order to keep Beth’s existence hidden from everyone.

Bold And The Beautiful Spoilers: Flo Reveals To Zoe That Thomas Threatened Her Life @celebratesoaps https://t.co/VF2G5M4DIk

It will be interesting to see how Flo reacts when Wyatt starts fishing around for details about her past. He may start by asking her about Phoebe’s birth father and about the circumstances surrounding the adoption. Of course, Flo will have to be careful not to reveal her friendship with Reese, since nobody is supposed to know that she knows the doctor who delivered Beth.

Flo Accidentally Reveals An Important Detail About Her Past

The Bold and the Beautiful spoilers indicate that when he does question Flo, Wyatt will hear some a surprising fact – something that Flo will let slip but that she’ll quickly try to walk back. Will she accidentally reveal that she knew Reese? Or will it be some other detail that arouses suspicion in Wyatt?

At any rate, B&B viewers can expect Wyatt to report back to Liam about his conversation with Flo. And who knows, perhaps Wyatt will decide to do some investigating on his own…after all, once he learns that Flo is keeping some sort of secret, he’ll probably be a little irked. He doesn’t like secrets, which is what ended his relationship with Sally Spectra (Courtney Hope).

We’ll see just what happens when the Spencer brothers start investigating, but it looks like this will be the start to the big Beth reveal that viewers have been hoping for!