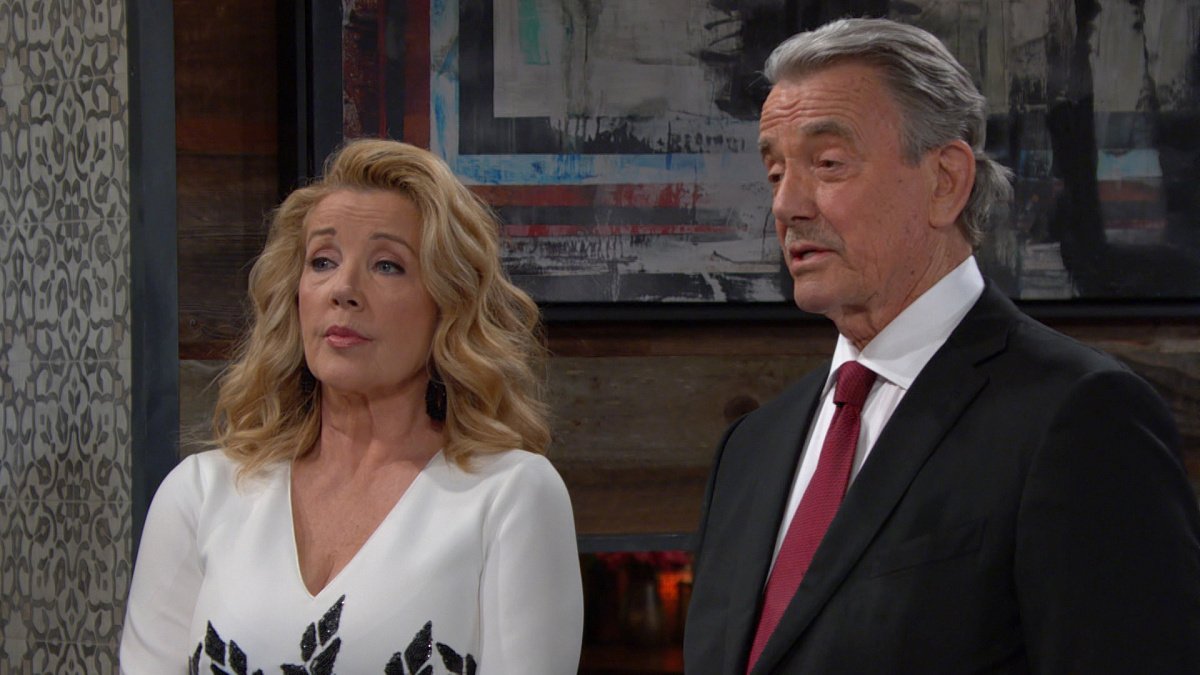 After everyone was seated, Victor went around the table passing out compliments – surprisingly, he even had something nice to say about Billy Boy. But his conciliatory gesture was rudely interrupted when an uninvited family member showed up.

“Gee dad, you don’t have any kind words for me?” Adam Newman (Mark Grossman) said snidely, with Phyllis Summers (Michelle Stafford) standing by his side. “I guess my invite got lost in the mail.”

Pick Another Venue Next Time

Phyllis tried to persuade Adam to walk away and perhaps go somewhere else for dinner. But really, was there anywhere else they could go? Y&R’s restaurant at the Genoa City Athletic Club seems to have disappeared into thin air. Of course, Adam was having none of it and as he approached Chelsea, Nick got in his face.

“Enjoy your feeling of solidarity while it lasts,” Adam quipped as Phyllis pulled him away from the table.

Perhaps if the Newman’s had wanted a more private affair, they shouldn’t have held the dinner at Y&R’s Society – the one place in town where everyone goes!

Trane Wrecked Before It Could Roll

Meanwhile, it looks like Traci Abbott (Beth Maitland) and Cane Ashby’s (Daniel Goddard) romance has been stopped in its tracks before it had a chance to get rolling.

“I am so honored and grateful to be your friend, and when we get home, that’s what we’ll be, really good friends who shared something magical,” Traci told Cane after he told her he was interested in pursuing a relationship.

Seriously? Y&R teased a budding relationship between Trane, only to have it roll down the tracks, then crash and burn? Also, I don’t know any single woman Traci’s age, or any age for that matter, who would turn down the chance to be with a hot guy like Cane. Obviously, men are writing this show.

Young And The Restless Spoilers: Adam’s Actions Self-Destructive – Will He Ever Lighten Up? https://t.co/1zOMvBZgrC pic.twitter.com/apxtAzDm6t

Are you disappointed Y&R has put the brakes on Traci and Cane’s romance? And are you liking the new Adam so far? Let us know in our comments section.