Bold and the Beautiful Spoilers: How Will Thomas Be Stopped? 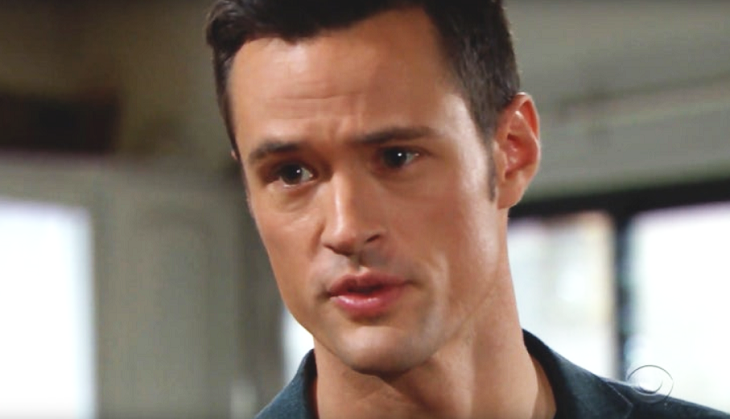 Thomas Forrester (Matthew Atkinson) is totally out of control on the Bold and the Beautiful. But there are numerous people who are enabling him to be that way.

Liam Spencer (Scott Clifton) and Brooke Logan Forrester (Katherine Kelly Lang) are arguably the only characters who are resisting Thomas’ plan. Emma Barber (Nia Sioux) must also be mentioned as a hero for what she was trying to do before her needless death. But all other people are either overlooking what he’s been doing, or are too feckless to stop him.

B&B fans can already hear what Ridge Forrester (Thorsten Kaye) and Steffy Forrester (Jacqueline MacInnes Wood) will say when the full truth comes out. With stunned looks on their faces they’ll shift the conversation to how Thomas needs to be cared for while hopefully contained in an institution for the criminally insane.

These two are officially husband and wife! #BoldandBeautiful pic.twitter.com/7KyUIypFqc

Meanwhile, his son Douglas Forrester (Henry Joseph Samiri) will be without his father after having lost his mother. Sure, he’ll be able to see Thomas in time and maybe someday Atkinson’s character will be redeemed and return to his fatherly duties. But due to Thomas’ mental health history, Ridge and Steffy should be far more open to what Liam and Brooke have been forcefully saying about him.

Flo Fulton Logan (Katrina Bowden) and Zoe Buckingham (Kiara Barnes) are the most to blame. No one is disputing that Reese Buckingham (Wayne Brady) is the source of the crime that Thomas eventually exploited for his own purposes, or that Xander Avant (Adain Bradley) should have come forward, rather than just threatening to do so. But Flo and Zoe’s roles in this ongoing travesty of justice must be addressed.

While Zoe is wrong in her stance, at least her protective instincts for her father offer a reasonable excuse for her stance. He’s the one who put her life in danger through his gambling debt. Reese also abandoned his daughter in returning to England, leaving her alone to receive all the comments that would have been directed at him.

Bold And The Beautiful Spoilers – Flo Fulton Has Absolutely No Excuse

Flo has absolutely no excuse. She willfully agreed to pose as a birth mother of the girl, Beth Spencer (Madeline Valdez and River Davidson), who came to be known as Phoebe Forrester. Flo often claims to want to tell Hope what happened, but hasn’t followed through.

Her mother, Shauna Fulton (Denise Richards), should have forced her to do the right thing. Instead, Richards’ character continues to encourage silence, so Flo can enjoy the lush Logan lifestyle.

The new Mrs. Forrester can not be blamed as an enabler because she is Thomas’ target. Her bond with Douglas and choice to feel compassion for leaving her alone to receive all the comments (Annika Noelle) kind heart. In losing Beth, Hope and Liam’s lives were crushed. Their marriage ended as a result as well.

Somehow, some way Thomas’ plan must be stopped. Whether someone can expose him, or he reveals himself is what helps to make this storyline compelling.