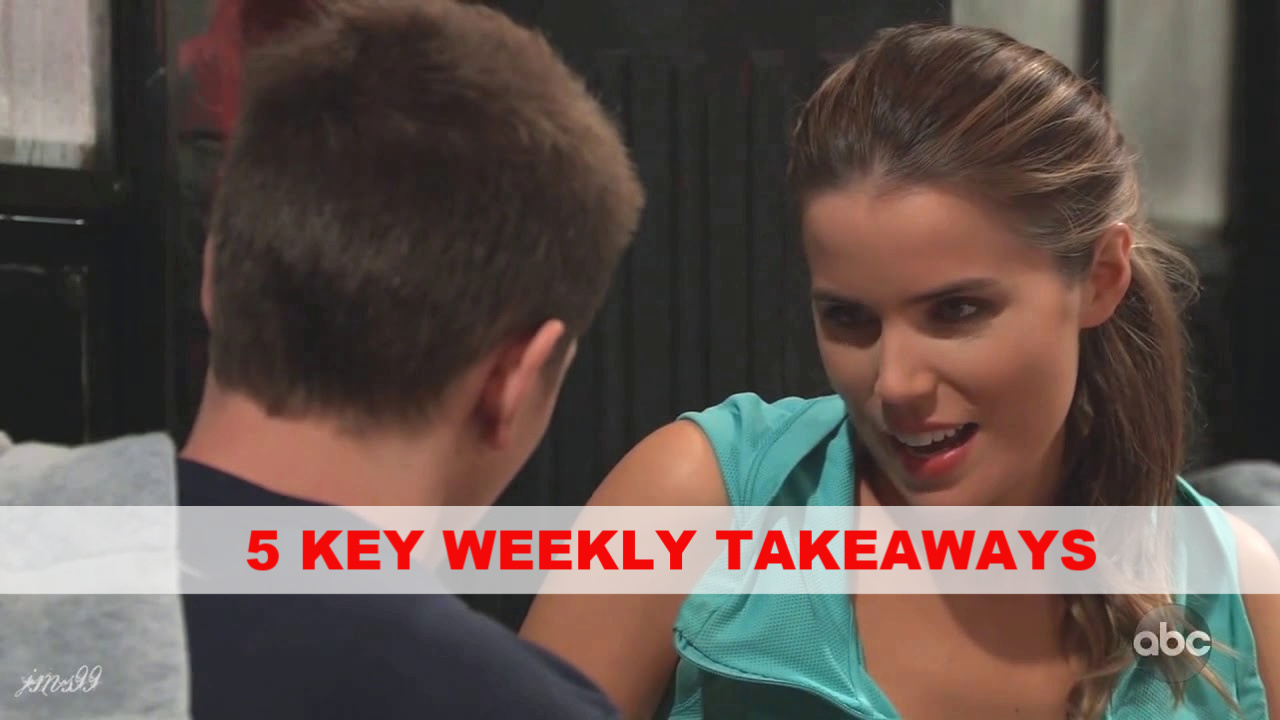 1) The Corinthos Family Continues To Work With Their New Member

Sonny and Carly Corinthos (Maurice Benard, Laura Wright) will continue to work with their new family member, Dev Cerci (Ashton Arbab) who now is officially Sonny’s late cousin Brando’s (uncast character) and his wife’s (also uncast) son, “Devin”. Dev is trying to adjust to the new identity of a standard American teenager and act accordingly, but he seems to have a hard time not reverting to the actions of a street smart orphan pickpocketing in Ankara, Turkey in order to survive.

Cameron Webber (William Lipton) will continue to give his best friend Josslyn Jacks (Eden McCoy) all his support in all areas of her life, including adjusting to this new strange kid in her home, but he may spot Dev doing something he shouldn’t and tell someone about it as he betrays a friend during his community service assignment.

Michael Corinthos (Chad Duell) and Sasha Gilmore (Sofia Mattsson) continue to bond and their relationship continues to escalate as Lucy Coe (Lynn Herring) approaches Sasha, possibly about selling her a house since she is moving out of Wyndemere and looking for her own more permanent place in Port Charles. Michael will confide to his uncle Jason Morgan (Steve Burton), possibly about his increasing feelings for Sasha, and then he will come clean to her, again, possibly about his increasing feelings for her.

Ava Jerome (Maura West) will continue to seek answers as she is obviously still trying to contact Kiki Jerome (Hayley Erin) for a better answer, and possibly will seek the opinion of a different psychic. She raises the ire of Valentin Cassadine (James Patrick Stuart) by teasing him about looking for a message from the great beyond, but by the end of the week Ava will be forced to face her demons; also, Ava may find her own ire raised when she finds out that her feature in Crimson Magazine, “Midnight In The Garden Of Good And Ava” doesn’t publicize very much good in Ava!

4) Other Types of Voices From The Past

Dr. Hamilton Finn’s (Michael Easton) interest will be piqued, possibly when Curtis Ashford (Donnell Turner) asks him some questions about what he knows about Cassandra Pierce (Jessica Tuck) and why Jax would have a file on her.

Finn will also reconnect with his brother Detective Harrison Chase (Josh Swickard) and he may clear some things up with Chase as to how and why he became involved with Hayden Barnes (Rebecca Budig). Hayden will reconnect with Curtis and apologize to him about some things, while Drew Cain (Billy Miller) receives a mysterious package at the end of the week that could contain some clues to his past. Nelle Benson (Chloe Lanier) also rematerializes, making some veiled statements.

5) Other Family Mysteries And Matters

Jordan Ashford (Briana Nicole Henry) will push Stella Henry (Vernee Watson) for more information, questioning why Stella doesn’t want to pursue getting to know the mystery relative right there in Port Charles that she claims she never knew existed. She asks Stella if she can honestly be at peace with that decision! Willow Tait (Katelyn MacMullen) will have a change of heart in a situation.

Sonny will make it a point to run into Robert Scorpio (Tristan Rogers) possibly with questions about his son, Dante Falconeri (Dominic Zamprogna) while Lulu Falconeri (Emme Rylan) is devastated over the divorce papers she received from him and her mother, Laura Webber (Genie Francis) encourages her to fight him on it. The search for Liesl Obrecht’s (Kathleen Gati) assailant will continue, as Liz and Franco Baldwin (Rebecca Herbst, Roger Howarth) continue to do their part while Liesl herself isn’t much help.

General Hospital Clip: Do You Hear Me, Hank?

We're finally getting a glimpse into Shiloh's past with Drew.