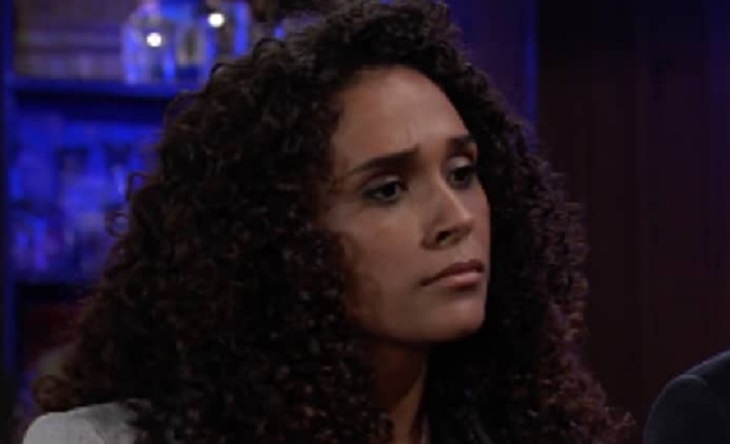 In a recent episode of General Hospital, Stella revealed that she too had sent DNA to a genealogy website to see if she had any relatives that could be a potential donor match for Jordan, who at that time still needed a kidney. TJ Ashford (Tajh Bellow) had done the same thing, even though the results may have taken too long because of his mother’s failing health at the time.

Stella was curious, but she figured she wouldn’t get any results since her nephew Curtis Ashford (Donnell Turner) was the only relative she had left by blood that she knew of. However, Curtis mentioned that if Stella had a relative other than him he was curious about this previously unknown relative and would like to know who it is!

Oddly enough (as far as Jordan is concerned) Stella decided just to leave things as they were and not seek out the relative since Jordan had her transplant and all was okay. Seeking DNA matches for organ donor purposes for someone who is actually not one’s blood relative, as Jordan is not to Stella, seems a little odd to begin with, but maybe at the time Stella figured it would be easier to ask a previously unknown relative to be tested than some stranger right out of the blue! Stella seems to be afraid that she might open a can of worms by seeking out her relative and getting to know him or her!

Jordan pushes Stella for more information about her relative, probably not just to satisfy her own curiosity but she may be doing it because of Curtis also, knowing that he is too busy with investigative and security work to pursue it. Jordan also, in General Hospital’s previews for Monday, July 22nd asks Stella outright if she can honestly say that she’s at peace with that, presumably her decision to not know who her previously unknown relative is.

General Hospital viewers are sure it is because of Jordan’s own experience of looking for a kidney donor, and wanting that person in their family’s orbit, just in case Curtis should ever need a donor match for some reason, or even Stella herself! After all, what if the worst case scenario happened and perhaps Stella herself were to need an organ transplant and go into a coma and not be able to tell Curtis and Jordan who the relative is in case the same problem happens with Curtis not being a donor match for Stella?

That would be some handy and perhaps lifesaving information to have, even if Stella didn’t choose to have a relationship with the mystery relative!