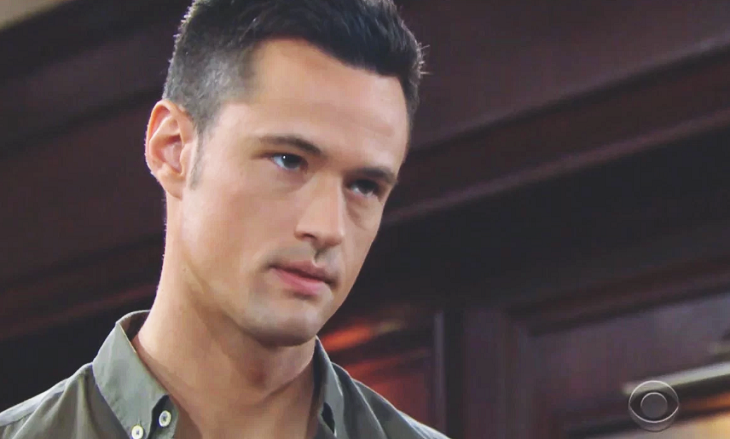 Hope Forrester’s (Annika Noelle) recently annulled husband was frightened by what he heard Flo and Thomas aggressively discussing after the travesty that was Thope’s wedding. But unlike Flo, who was effectively threatened to remain silent about what she knows, Liam was motivated to learn more.

Bold And The Beautiful Spoilers – Complex Storyline Is Forced Forward

Of course this bad news circle lost a member when Thomas tailgated Emma to her death on Mulholland Drive. And all members of this unintended group don’t exist on the same knowledge level.

Bold and the Beautiful Spoilers: How Will Thomas Be Stopped?

Hope’s true love enters only knowing that there’s some type of secret that’s being kept between Thomas and Flo. Liam knows it’s serious because Flo said that Hope deserves to know about it and Thomas doesn’t want whatever this cloaked information is to come out.

Recent buzz has the increasingly intertwined baby swap storyline ending this summer. The complexity of the tale has grown as more characters come to know the secret, which has been very poorly kept. Why Flo ever felt compelled to tell Thomas what she knew is a point that is fully debatable. Couple that with her, Zoe, and Xander allowing Thomas to intimidate them and it’s reasonable to wonder what else will happen next?

The force of this storyline forward actually began when Hope decided that the best thing for her life was to move past Liam and marry Thomas. She’s done so for the best interests of Douglas Forrester (Henry Joseph Samiri), not because she loves the mad man.

Thomas has taken advantage of Hope’s vulnerability, which is exactly what Liam told his enemy just after the nuptials were said. Thomas’ self-absorbed nature leaves him vulnerable to what likely will be a coming fall.

#BoldandBeautiful Spoilers: Hope In Danger – How Far Will Thomas Go To Get Her Pregnant With His Baby @celebratesoaps https://t.co/o9yxBlU0ph

Solid kudos to all involved in this epic arc. Atkinson is playing his role to the hilt, as he’s taken a character with a prior history of mental instability to new heights. B&B has crafted a compelling story that will eventually end, but the anticipation comes from wondering how that will happen, who will be directly involved in making the reveal happen, and what the impact will come from the resulting fallout.