Coronation Street Spoilers: Is There A Secret Romance On The Horizon For Roy? 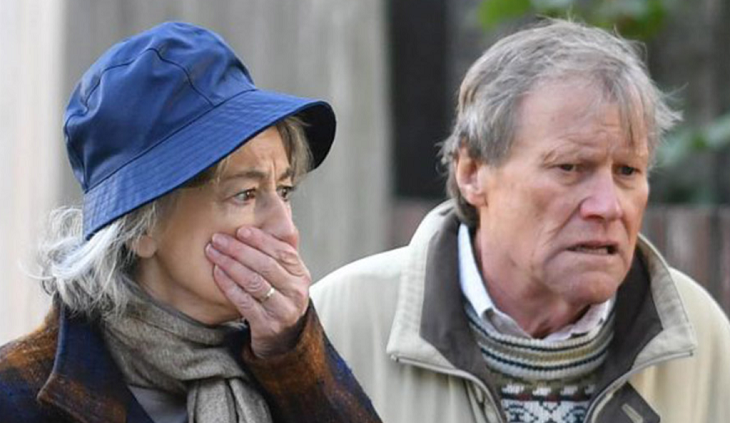 Coronation Street spoilers tease that there might be a new secret romance on the horizon for none other than Roy Cropper (David Neilson). As a matter of fact, fans will be surprised to see him fall for his nemesis Evelyn Plummer (Maureen Lipman) after he makes a shocking discovery. Here’s what you need to know.

As many viewers know, Roy and Evelyn have had a very hard time getting along in recent weeks. They have been at each other’s throats and their feud in recent weeks has been made no better when the café owner decided to move in with Evelyn and her grandson Tyrone Dobbs (Alan Halsall).

After a botched job forced him out, Roy was forced to make the decision so his neighbor Edison Bailey (Trevor Michael Georges) could repair the damage to the property.

Coronation Street Spoilers – Will The Pair Go From Enemies To Lovers?

Of course, this doesn’t sit very well with Evelyn but then again, she doesn’t have much of a choice. Evelyn will do her best to make sure that Edison works fast on his repairs so Roy can move out and everyone can move on with their lives.

However, Evelyn’s attempts to kick Roy out of her home might lead to a surprising discovery between the two. After some time, Evelyn will realize that there’s some chemistry between her and Roy and before she knows it, sparks will fly.

That’s right: a possible romance could be in the future for these two Weatherfield residents. This is something no one saw coming.

Coronation Street Spoilers – A Smear Campaign And Some Backlash

If that weren’t enough, Evelyn will also be determined to get Roy the money he was conned out of and will launch a smear campaign against an electrician named Larry. However, she will face quite a backlash when Roy attacks the café owner.

From Gary's guilty conscience and Jan's dark secrets to Maria's dating disasters and an (allegedly) 'randy' Roy – it's been all go on the cobbles this week!

What was your favourite bit? #Corrie pic.twitter.com/W9sdPrSv3j

Either way, it will be Roy and Evelyn on once side, protecting one another while also falling for each other, too. Roy will also confide in Evelyn in a little secret that he has been keeping to himself.