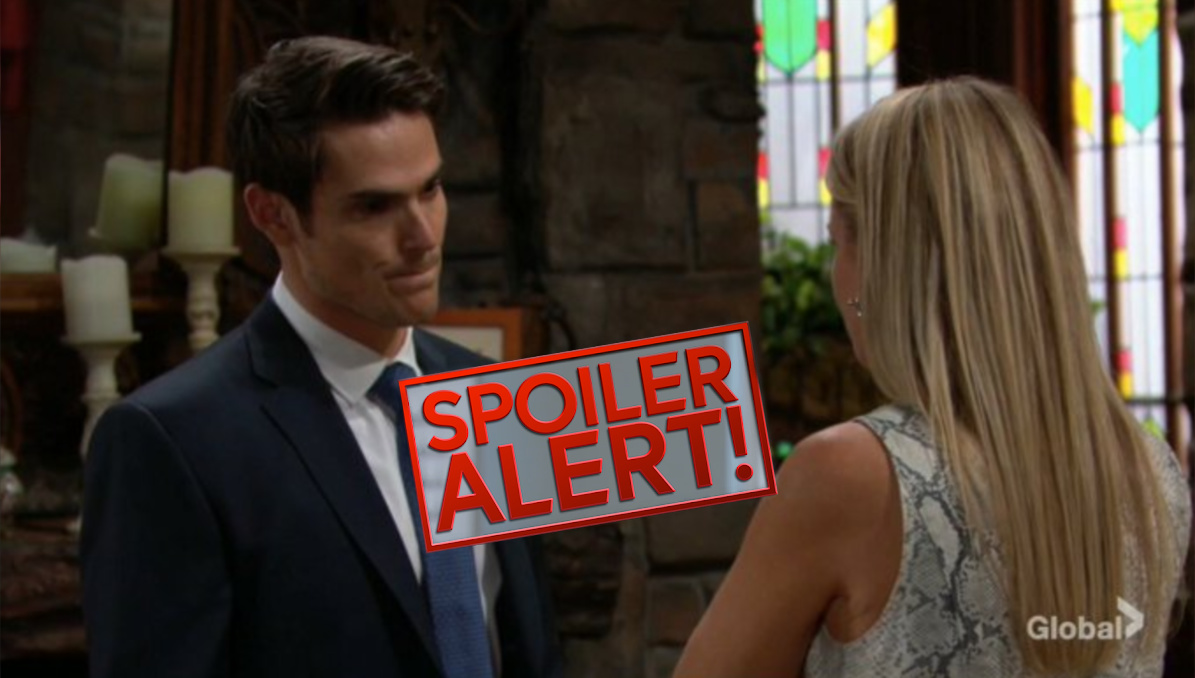 The judge notes that the case will be revisited in three months. Until then, Adam and Nick need to find a suitable relative to care for Christian. Soon after, Adam ends up at Sharon Newman’s (Sharon Case) place. He pleads with Sharon to help him since Christian knows and loves her. Rey Rosales (Jordi Vilasuso) thinks this is just more manipulation, but Sharon leaves with Adam anyway.

As for Nick, he seeks assistance from Victoria Newman (Amelia Heinle). She gets updates on the custody situation and tries to get in touch with Billy Abbott (Jason Thompson). Since Billy isn’t picking up, Victoria opts to just explain everything to him later.

Young And The Restless Rumor: Billy Has A Nervous Breakdown – Sets Up Genoa City Exit For Jason Thompson?

Speaking of Billy, he faces more Delia Abbott (Sophie Pollono) dreams on Wednesday. Billy hears Delia giggling as he calls out for her. After Billy spots a pen on the floor, he notices the wallpaper at the Chancellor mansion is peeling. There’s some writing behind it, but Billy wakes up before he can read it.

Next, Billy makes a trip to the Chancellor mansion while he’s awake and chats with Kevin Fisher (Greg Rikaart). They peel back the wallpaper and see that “Adam” is written there, so Billy thinks Delia’s trying to send him a message. After a little more peeling, they see “Cordelia.” Kevin notes that Delia always liked to go by “Madame Cordelia” during tea parties, so he implies she just off some letters.

At the Abbott mansion, Jack Abbott (Peter Bergman) comes home and brings Ashley Abbott (Eileen Davidson) with him. They fish for info on Cane Ashby (Daniel Goddard), but Traci Abbott (Beth Maitland) points out that they’re just friends. The conversation shifts to Ash and Jack’s big news, but they want to wait for Billy.

Young and the Restless (YR) Spoilers: Adam Turns Tables – Nick's Past Used Against Him @celebratesoaps https://t.co/q1cigTDWcY

After Billy arrives, Jack and Ashley reveal that they’re merging their companies. Traci’s ecstatic, but Billy’s hesitant to trust Ash after the way she burned Jabot. Ashley understands, but she also feels their father would approve of them all working together. She shares a toast with Jack a little later.

At Society, Billy mulls over the word “MADAME” after writing it on a napkin. When Traci shows up, Billy wonders how she lives without her daughter. Traci indicates that she does it day by day just like Billy does. She worries about the pain Adam’s return has brought up, but Billy reassures her.

Meanwhile, Kyle Abbott (Michael Mealor) senses that Lola Rosales (Sasha Calle) wants to avoid him. He urges Lola to open up, so she confesses that she just needs some time. Lola has to reconcile the different Kyles – the one who partied hard in New York and her current fiancé. Kyle assures Lola that they’ll move past this.

Over with Theo Vanderway (Tyler Johnson), he stirs the pot by telling Celeste Rosales (Eva LaRue) about Lola’s surgery. Celeste is stunned and immediately confronts “Kola” about the secrets they’ve been keeping. She notes that Theo filled her in on Lola’s liver transplant and Kyle’s marriage to Summer Newman (Hunter King).

Young And The Restless Spoilers: Michael And Lauren Marriage In Trouble https://t.co/jAK4QEMejD pic.twitter.com/YaEssMGx4Y

Celeste doesn’t understand how Lola could marry Kyle, but they counter that the situation with Summer was complicated. Once Lola speaks with Celeste alone, she pushes back. Lola doesn’t think Celeste is in any position to judge her daughter’s love life. She ultimately explains that Kyle married Summer in exchange for her liver donation, which pacifies Celeste a bit.

Even so, Celeste can’t believe Lola didn’t tell her she almost died. She rants about being an outsider and refuses to stay where she’s not welcome. Back with Theo, he faces Kyle’s fury. Kyle manhandles Theo and rages over his former pal’s attempt to make trouble. He also warns Theo will pay if Summer gets hurt.

“The Young and the Restless” spoilers say some exciting scenes are on the way. We’ll keep you posted as other Y&R details and rumors emerge. Stay tuned to see what’s next in Genoa City.