Young And The Restless POLL: Who Is Using Delia’s Memory To Mess With Billy’s Mind? Vote Now! 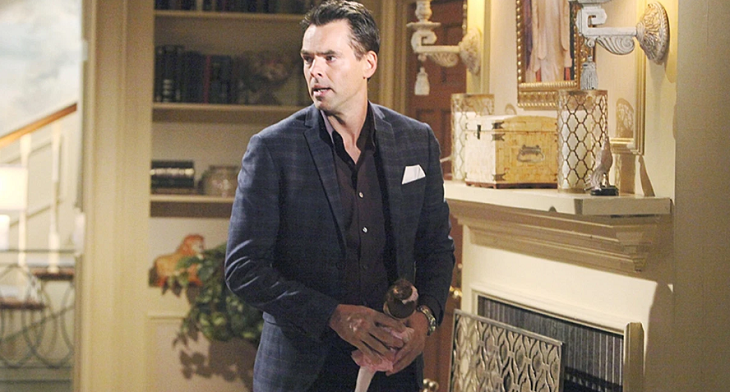 Billy Abbott (Jason Thompson) might be haunted on ‘The Young and the Restless’. But an alternative plot option could have another character using Delia Abbott’s (Sophie Pollono) to attack Billy’s mind.

He’s often a top suspect whenever anyone in Genoa City, Wisconsin, experiences something terrible. That’s part of the territory in being a villain, which is what Adam Newman (Mark Grossman) has voluntarily become in 2019.

But why would the man who still thinks he was the one who accidentally ran Delia down on that stark October night six years ago be doing this to Billy? Sure, there’s always a method To Adam’s madness and he might not be above such a heinous act. But this wouldn’t seem to make sense.

Young And The Restless Spoilers – Is Kevin Fisher Playing A Cruel Game?

Kevin Fisher (Greg Rikaart) was trying to set Adam up before Michael Baldwin (Christian Le Blanc) learned what he was doing.

The Young and The Restless Spoilers: Sharon Puts Relationship With Ray at Risk As She Agrees To Adam’s Request https://t.co/zUJqsQvVju pic.twitter.com/UzshvoZdsj

However, trying to trap Adam somehow using the compromising photos of the custody hearing judge is a long way from purposely placing one of Delia’s dolls in the Chancellor estate living room so Billy would happen upon it and the doing various other manipulative things.

It’s possible that Kevin felt so pressured to release Adam’s hold over him that he devised a separate take-down scheme. But unless Kevin has crossed back to chipmunk territory, he’s likely not the one who’s spooking Billy.

Young And The Restless Spoilers – Phyllis Summers Can’t Be Overlooked

Phyllis Summers (Michelle Stafford) didn’t like Billy throwing her out of his life. But that was awhile ago. However, these days she appears to have no beef with Billy. But, like Kevin, she might be playing games with Billy’s mind in order to set Adam up.

Adam’s miraculous reappearance stirred something unholy in Billy’s mind. It did the same thing to Chloe Mitchell (Elizabeth Hendrickson), who came back to GC and tried to kill Adam, after failing with the cabin blast three September’s ago.

As Y&R fans recall, Chloe told Billy to do something to protect their little girl’s memory. The fact that she did so at Delia’s grave site, where Billy first learned that Chloe never died, would overwhelm most people.

Young And The Restless Spoilers – Has He Become His Own Worst Enemy?

Billy forgave Adam in a courtroom earlier this decade. But that soul cleansing seemed to be reversed when Adam suddenly reappeared.

Delia’s doll, the dreams he’s been having, the etching on the table, and Adam’s name being found underneath the wallpaper could all mean nothing. But Billy’s connecting dots in his mind, which could mean that he’s become his own worst enemy, again. Of course another option not mentioned could also prove true.

Fans of ‘The Young and the Restless’ rightfully express their opinions on a regular basis. So, who is using Delia’s memory to attack Billy’s mind? Please vote in our poll below!