Young And The Restless Rumor: Billy Has A Nervous Breakdown – Sets Up Genoa City Exit For Jason Thompson? 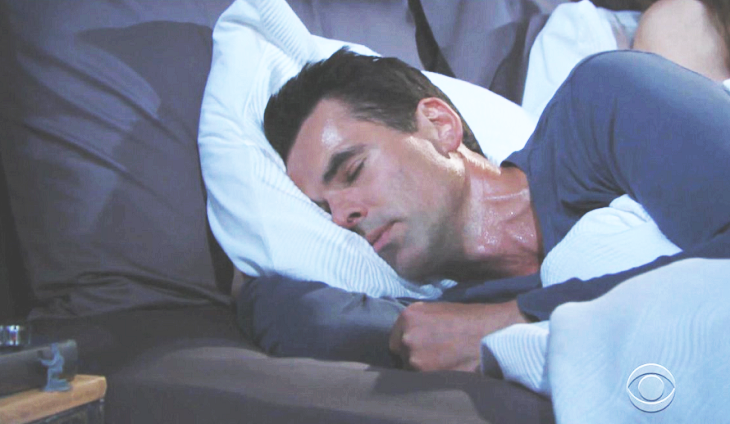 The Young and the Restless spoilers indicate that Billy Abbott (Jason Thompson) will suffer a breakdown which will cause him to leave Genoa City.

Billy’s emotional state appears to be spiraling out of control. Everywhere he goes, he’s reminded of Delia. Billy believes that Delia’s spirit is trying to communicate with him, however someone else may be behind the strange occurrences.

Young And The Restless Spoilers – Is Billy Abbott Being Gas Lighted?

Fans believe that Chloe Mitchell (Elizabeth Hendrickson) and Kevin Fisher (Greg Rikaart) are gaslighting Billy in their plan to get rid of Adam. But Chloe and Kevin’s plan is going to have dire consequences.

As Billy continues to spiral out of control, someone is going to get hurt in the crossfire. Everyone assumes it’s going to be Adam, but it could be someone else close to Billy that gets hurt because of his actions. With Billy heading towards a breakdown, many fans feel that this is going to lead to the character’s exit from Genoa City.

Speculation is that Jason Thompson’s days at Y&R are numbered. The actor has played Billy Abbott since January 2016, when he took over the role from Burgess Jenkins. Fans quickly embraced Thompson as Billy Abbott and felt that the actor was doing an excellent job in his new role.

Young And The Restless Spoilers – Will Thompson Be Fired And Miller Rehired?

But with recent rumors that Billy Miller is leaving General Hospital, Y&R fans believe Thompson will be fired and Miller will return to the role that made him popular.

Miller played Billy Abbott from 2008 to 2014, during which he won three Daytime Emmy Awards for his work. Miller was popular with Y&R viewers and fans were disappointed when he left the show. But now it looks like Miller could be leaving Port Charles to return to Genoa City.

Young And The Restless #YR POLL: Who Is Using Delia's Memory To Mess With Billy's Mind? Vote Now! https://t.co/O1pB2CVSoc

The rumors have fans speculating about the fate of Thompson and the character of Billy Abbott. The current storyline is leaning towards a potential exit for the character’s portrayer, but fans will have to wait and see how it plays out.

The Young and The Restless Leak: Victoria And Billy Done – New Love Interest…

The Young And The Restless News Updates: Doug Davidson’s Shares…

The Young And The Restless Spoilers: Lauralee Bell And Doug Davidson Reveal…