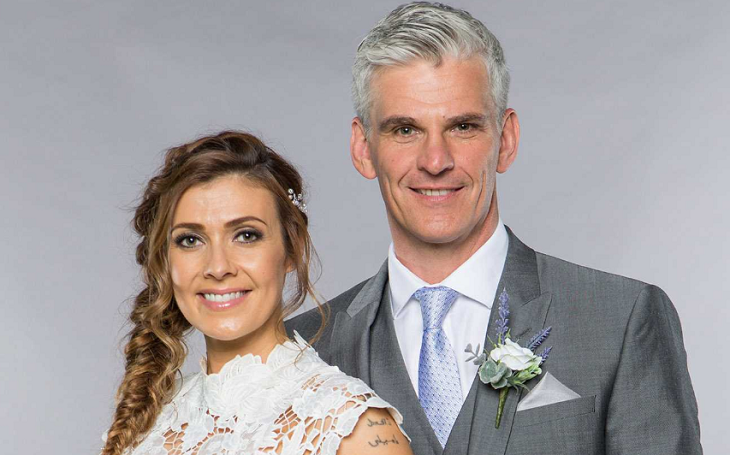 Coronation Street spoilers for Wednesday, July 24 finds that Robert Preston’s (Tristan Gemmil) affair with Vicky Jeffries (Kerry Quinn) will come to light as Tracy Barlow (Kate Ford) catches them getting rather up close and personal with one another.

Even though Robert is supposedly planning his wedding to Michelle Connor (Kym Marsh), he has been having a secret affair with Vicky Jeffries behind her back. Little does Michelle know that Vicky is also pregnant with Robert’s child.

The truth is about to come out though when Vicky will see Robert and Michelle together at the Youth Foundation Awards. Even though she wanted to attend the awards ceremony to help support her son Tyler Jeffries, Robert told her that it wouldn’t be a good idea. He insisted that she stay home, for the sake of their baby and the little one’s health. That’s because Robert knew that he would get caught with Michelle if Vicky decided to attend the ceremony, too.

Coronation Street Spoilers: Is There A Secret Romance On The Horizon For Roy?

Not wanting to miss out on her son’s big might, Vicky decided to make it a night out anyway. She was shocked to see both Robert and Michelle together across the room. Robert manages to slither his way out of the hotel and gives Vicky a protective hug while assuring her that there’s nothing to worry about.

That’s when Tracy spots them together. She was already convinced that something was going on behind Michelle’s back and now she’s got the evidence she needs.

Meanwhile, Robert has also managed to convince Michelle that it’s better for them to have a secret marriage. He thinks that it will be more romantic that way. However, Michelle will have the shock of her life when she finds out that her husband-to-be is expecting a baby with another woman.

And she will get the news on her wedding day, no less. With both Tristan Gemmill and Kym Marsh expected to leave Coronation Street in the coming weeks, there’s a very good chance that fans will see both of their characters exit the cobbles as well.

Elsewhere, it appears as though Eileen Grimshaw (Sue Cleaver) will find out a huge secret soon, too. Also, she might find herself in some serious danger after she finds out what Jan Lozinski (Piotr Baumann) has been doing behind the scenes as well.

Eileen will put two and two together and realize that the group of women who have been working at the local nail salon are actually victims of organized crime. She will desperately try to save them but at the same time put her own life on the line. Fans will have to tune in to find out what will happen next!