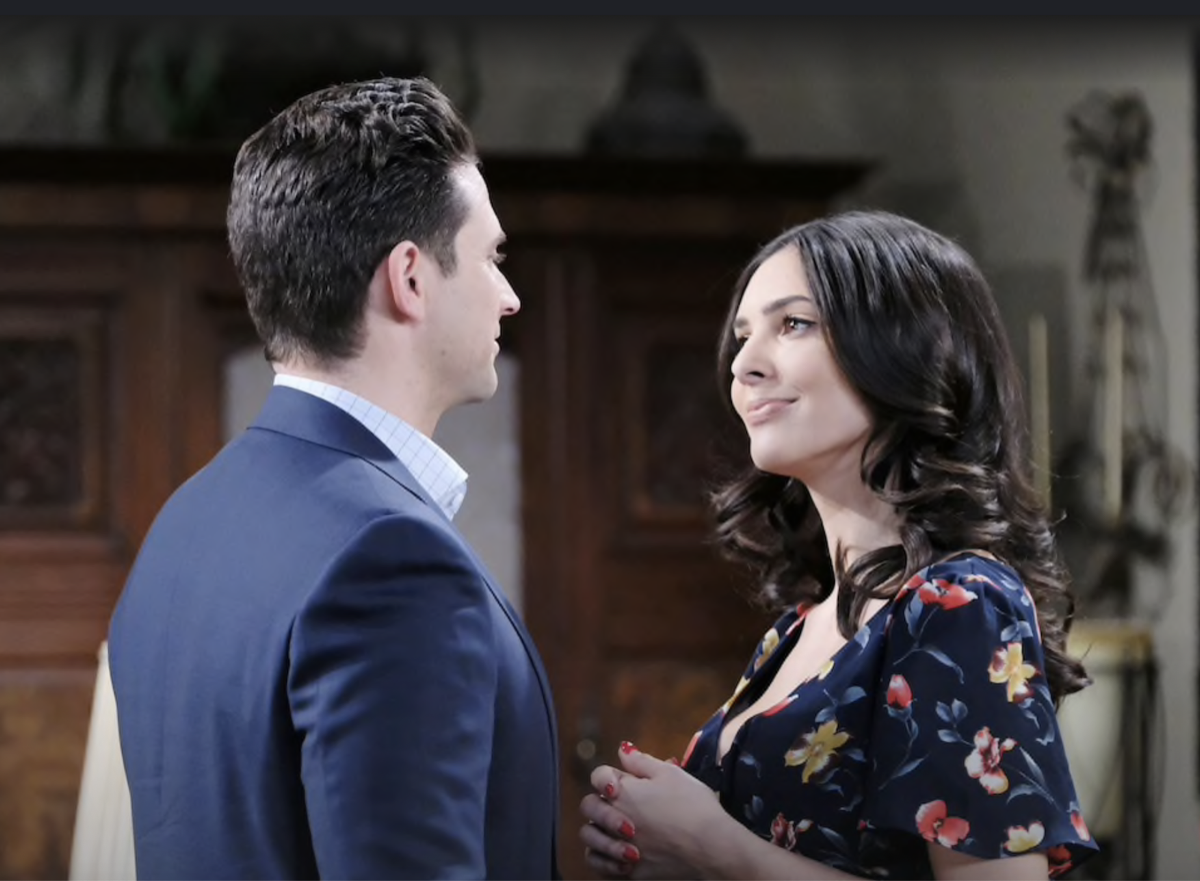 Days of Our Lives (DOOL) spoilers tease that Stefan DiMera (Brandon Barash) will be in for a big surprise. He and Gabi Hernandez (Camila Banus) have been seeing each other casually for some time now, but they’ve recently decided to take their relationship public. Stefan even admitted that he was developing feelings for Gabi, and although Gabi didn’t say so back, it’s clear that she’s got feelings for Stefan, too.

Of course, from Gabi’s perspective, things with Stefan are coming right along. DOOL viewers will remember that her big plan was to seduce Stefan, get him to eventually marry her, and then take him for everything that he’s worth. She wants revenge on Stefan because of his role in framing her for Andre DiMera’s (Thaao Penghlis) murder last year. Gabi was falsely convicted of the murder, then went to prison where she was severely beaten.

Gabi later found out that the prison beating rendered her unable to have more children, and she snapped. She’s been determined to get revenge on Stefan ever since. The only problem is that she’s now starting to actually fall for Stefan, which complicates things a bit.

Nevertheless, Gabi is plunging ahead with her plan to get Stefan to marry him, and according to DOOL spoilers, she’ll soon have a major opportunity to speed the marriage process along.

As DOOL viewers know, Gabi and Stefan have been dealing with a big problem lately – Nicole Walker (Arianne Zucker). Nicole convinced Stefan to hire her to resurrect and revitalize Basic Black for DiMera Enterprises, but from the moment Nicole got on board, problems ensued. Nicole didn’t show up to work on her first day, and then when she did finally report for work, she caused serious problems for Stefan.

Well, as it turns out, the reason that Nicole acted out is because she’s actually Kristen DiMera (Stacy Haiduk) in a “Nicole” mask. As DOOL viewers know, Kristen wants nothing more than to infiltrate her family company and get the reigns away from Stefan.

Well, Stefan fired “Nicole,” but it looks like she’ll soon be back to cause more trouble. And that’s when Gabi will have a bright idea. She’ll apparently decide that Stefan can better protect his family company from outside threats and destruction if the two of them get married. So, Gabi will suggest to a stunned Stefan that they get hitched!

Days Of Our Lives Spoilers: Rex And Xander Have It Out Over Sarah https://t.co/IuloS5vNSe pic.twitter.com/pJPuFpWTJx

Gabi & Stefan Prepare To Get Married

According to Days of Our Lives spoilers, marriage plans will go forward, so look for Stefan to agree to Gabi’s plan. Of course, he doesn’t realize that Gabi has another reason for wanting to get married, other than combatting Nicole.

It will be interesting to see what happens between these two once they tie the knot. Will Gabi start to get more attached to Stefan? And will she start to like playing the role of Mrs. Stefan DiMera? She might decide that she wants to remain married rather than ultimately get her revenge. What do you think she’ll decide to do?