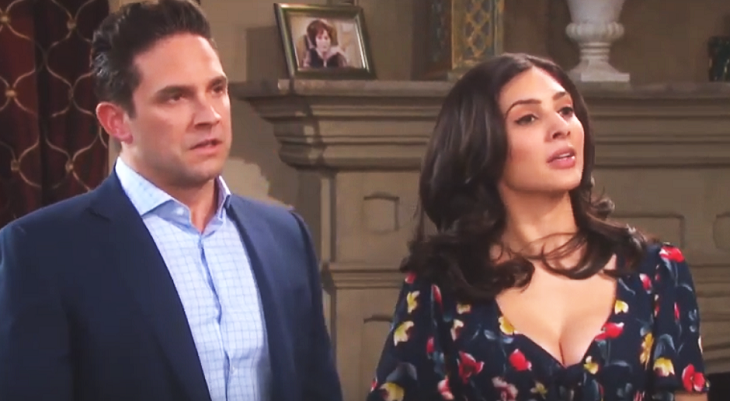 “Days of Our Lives” spoilers for Thursday, July 25, tease that some hot drama’s ahead. If you missed Wednesday’s episode due to news coverage, be sure to look for it on NBC.com.

Jennifer Horton (Melissa Reeves) should be glad Jack’s fighting for his memories, but she may be wary of expecting too much. That’s especially true since Jack will be adamant that Eve is his wife and nothing will change in the romance department. Still, Jennifer would love to see Jack start acting like his old self again. His personality has had a total overhaul, thanks to his amnesia.

Days Of Our Lives Spoilers – J.J. Deveraux Will Hope For The Best

JJ Deveraux (Casey Moss) will also learn he might get his father back. That’s fantastic news, but it won’t erase JJ’s current feelings toward his dad. JJ’s still angry about all the trouble Haley Chen (Thia Megia) got it, but he’ll at least have some hope for a better future. Jack was a good man once upon a time, so JJ will root for him to get back to that.

Brady won’t see how that can work since Tony’s dead, but hasn’t he learned by now that the dead rarely stay that way in Salem?

Tony’s actually alive and well, so he’ll show up next week to take part in Kristen DiMera’s (Stacy Haiduk) latest scheme. Speaking of schemes, “Days of Our Lives” spoilers say Stefan and Gabi Hernandez (Camila Banus) will form one of their own. They’ll determine that they have to do something drastic if they want to stop “Nicole” from taking over DiMera.

Gabi will leave Stefan reeling when she suggests they should tie the knot. She’ll make a convincing pitch soon, so even more “Days of Our Lives” wedding plans are underway. DOOL fans won’t want to miss the great twists and turns ahead.