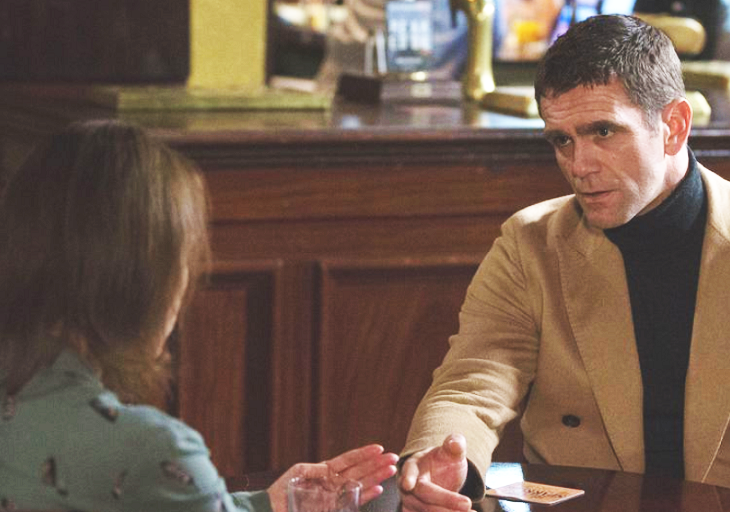 Things are heating up on “EastEnders” as Rainie Branning (Tanya Franks) finds an unlikely ally in Jack Branning (Scott Maslen) after she makes him an offer that he couldn’t resist.

It appears that Jack has taken her up on her offer as implied in a scene where the two got out of the cab and Rainie asks him, “So we’re square?” But since it’s “EastEnders,” fans know it won’t be that easy.

EastEnders Spoilers – Rainie Branning Defended Herself And Her Actions

Viewers may recall that Jack told his brother Max, when they were in Kathy’s Beale (Gillian Taylforth) Café, about the ongoing investigation on the assault of Fraser Shelton (Shanu Hazzan,) the man who raped Tiffany Butcher (Maisie Smith).

Tomorrow’s a new day, but Max is stuck in the past. #EastEnders pic.twitter.com/rUZBCjRrFN

Stuart Highway found a way for Jack and Rainie to meet and when they did, Jack immediately asks her where Abi was, Max’s granddaughter who she kidnapped along with his money. Rainie immediately defended herself and her actions.

She said, the money’s gone. All of it. It was stolen.” As if Jack wasn’t getting her point, Rainie said, someone took the money from her after she stole it from him.

“Look at the state of me. I’m sorry. I thought the only way to be with Abi was to take her,” Rainie said. “That money was for her. I was gonna suggest calling the police… Now, I don’t know what you’ve done, but whatever it is it sounds bad so I’ve got a proposition for you.” That’s when she offered to give him an alibi to the police for whatever it was that he did.

Unfortunately, Rainie was dead wrong when she believed that Jack won’t turn her in to Max, who pushes her to the ground. Kathy then came running over to help Rainie, who spat “Hitting women in the street, good luck going for custody now.”

Kathy also prevented Max from seeing baby Abi since he was drunk at that time. Max seems to be spiraling out of control as he continues to drink after the incident instead of sobering up. Jack, concerned for the welfare of his brother, asks him to ditch the bottle, a suggestion that didn’t sit well with Max for he had a vague idea that Jack was getting something from Rainie.