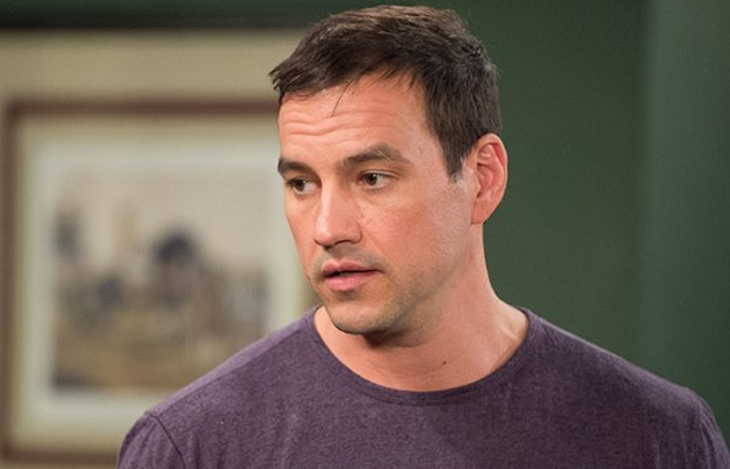 Nikolas Cassadine was born in Greece, as Prince Nikolas Mikhail Stavrosovich Cassadine. Yes, he’s royalty! He is named after Nicholas II, the Emperor of Russia from 1894-1917.

He is the son of Stavros Cassadine and Laura Webber. Nikolas first appeared onscreen on July 15, 1996, so that he could donate his bone marrow to his maternal half-sister, Lulu Spencer, who was born with aplastic anemia.

The following are five things you need to know about Nikolas Cassadine:

2. Nikolas May Not Be dead

GH spoilers have reported on a potential Nikolas return a couple of times this year. Rumors were rampant about a Nikolas comback in January and March. There was also a blind item insider leak that reported Christopher wanted to return to GH. Anything is possible, considering the fact that GH viewers didn’t actually see him die. Also, Tyler Christopher is currently available, after leaving his role as Stefan DiMera on Days of Our Lives this past March.

3. A Descendant Of Russian Royalty

The Cassadine Family is an aristocratic family, descendants of Russian Royalty. In fact, they even have their own private island in Greece called Cassadine Island. The Cassadine Family made their first appearance on July 8, 1981, when brothers Mikkos, Victor and Tony Cassadine showed up in Port Charles.

4. Nikolas Has One Child

Spencer Cassadine, full name is Spencer Stefan Niklosovich Cassadine. He was born to Nikolas Cassadine and Courtney Matthews, on February 20, 2006. Courtney, who is the paternal half-sister of Sonny Corinthos, died a day after giving birth to Spencer. She died from contracting a mutant strain of encephalitis that hit Port Charles. Spencer is currently attending a boarding school in France.

Throughout his career, Nikolas was the CEO of ELQ (Edward Louis Quartermaine) International, formerly called ELQ Enterprises and ELQ Industries. He was also the CEO and a board member at General Hospital. Finally, he was the owner and CEO of Cassadine Industries.