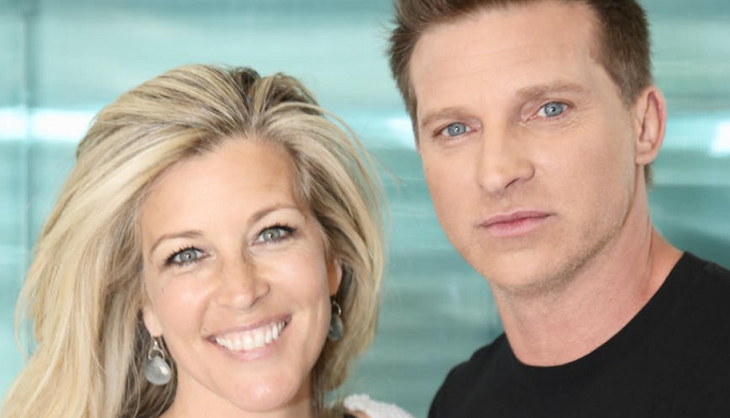 “General Hospital” (GH) news includes an announcement from Steve Burton (Jason Morgan). The former “The Young and the Restless” star (Dylan McAvoy), is hitting the road for a comedy tour with his GH co-star Laura Wright (Carly Corinthos).

Burton announced via Instagram that he tour has stops in several cities. The short clip shared by Steve is captioned, “Check out the BFF TOUR with me and @welcometolaurasworld @coastalentnyc Coming to a city near you! Chicago Cleveland Syracuse Baltimore NY and NJ! Go here for Tix coastalentertainment.com/events.”

Wright shared the same short clip on Instagram, captioning it, “We are a month away !!!!!! Play time !!!!! Check out coastalentertainment.com for tickets and show times !!!! See ya there !!”

Taking a break from the drama in Port Charles, the on-screen and off-screen besties tour will last seven days, August 19 through August 26, 2019. This will be the first joint appearance on the comedy circuit for Steve for the GH co-stars.

“GH” spoilers recently revealed that Drew Cain (Billy Miller) and Jason Morgan were victims of a memory transfer. The hot storyline is continuing to head up as Drew and Jason put hurt and pain behind them and began the tree-house project Oscar Nero Quartermaine (Garren Lake Stitt) wanted his father and uncle to build together. The tree house will be a place for the younger Port Charles residents to hang out.

Carly’s men Jasper Jacks (Ingo Rademacher) and Sonny Corinthos (Maurice Bernard) will try to get along, at least for a short time. “General Hospital” spoilers tease that for Josselyn Jack’s (Eden McCoy) sake the rivals will come together to help the young woman as she mourns the death of her boyfriend Oscar Nero.

Burton and Wright’s first stop is on Monday, August 19, 2019, at Zanies Comedy Club in Rosemont, Illinois. From there the “General Hospital” co-stars will travel to Cleveland, Ohio for an appearance at Hilarities 4th Street Theatre in Pickwick and Frolic on Tuesday, August 20, 2019.

Ticket prices for Steve Burton’s and Laura Wright’s “BFF Tour” comedy show range in price from $59 for General Admission to $120 for VIP seats.