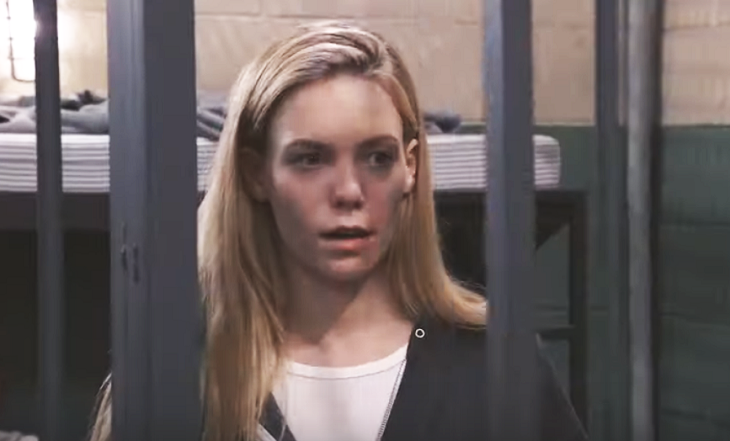 “General Hospital” spoilers for Thursday, July 25, tease that some shockers are coming up. We should point out that due to Robert Mueller testimony coverage, Wednesday’s episode will slide over to Thursday in the U.S. If you’re watching in Canada, you’ll get an encore episode. Now that we’ve got that squared away, let’s get to all the drama happening this Thursday!

For starters, Willow Tait (Katelyn MacMullen) will chat with Michael Corinthos (Chad Duell) about missing her son. However, Willow will suggest that knowing “Wiley Cooper-Jones” is in a happy, loving home means the world to her. She’ll view Michael’s loss as far greater since they believe Jonah Corinthos is dead.

Of course, Nelle Benson (Chloe Lanier) knows that’s not the case. She’ll call Michael collect, but he’ll refuse to accept the charges. Michael will suspect that Nelle just wants to mess with his head due to what would’ve been Jonah’s first birthday. Even so, “General Hospital” spoilers say Michael will indeed head to Pentonville by the end of the week.

Until then, we can watch Hamilton Finn (Michael Easton) confide in his brother. Harrison Chase (Josh Swickard) will gripe about how they were supposed to be building a real relationship. He’ll feel like Finn’s holding out on him when it comes to Hayden Barnes (Rebecca Barnes), so Finn will share some painful details.

Next, Chase will meet up with Willow and bring up the topic of kids. Willow will admit she’d like to have more in the future, and Chase will agree that’s something he’d like, too. When Willow wonders why Chase is mentioning it, he’ll suggest that’s the kind of thing couples talk about at this stage. Chase will catch Willow off guard by declaring his love, but she’ll quickly declare it right back. Aww!

Other GH spoilers say Carly Corinthos (Laura Wright) will share troubling news with Jason Morgan (Steve Burton). She’ll admit her baby seems to have spina bifida, but the doctor’s not sure about the severity yet. Jason will support Carly as she braces for a potential blow at her upcoming appointment.

Over with Sonny Corinthos (Maurice Benard), he’ll meet up with Robert Scorpio (Tristan Rogers). Robert will talk about how the situation with Dev Cerci (Ashton Arbab) puts him in a tight spot now that he’s the DA. They’ll also discuss the Dante Falconeri (Dominic Zamprogna) chaos before Sonny joins Carly for the ultrasound. The expectant parents will definitely have some growing fears.

Elsewhere, Josslyn Jacks (Eden McCoy) will be stunned when Cameron Webber (William Lipton) admits he cut off all the locks on the footbridge. Once he realizes one of them was Joss and Oscar Nero Quartermaine’s (Garren Stitt), Cam will feel terrible. He’ll note that he did this as part of his community service and would’ve saved “Josscar’s” if he’d known.

Thankfully, Cameron will retrieve it from the dumpster with a little help from Dev. “General Hospital” spoilers say Cam will score a sweet hug after he returns it. Josslyn will be happy she didn’t have to let go of this relationship memento.

After Jax invites Nina and Valentin Cassadine (James Patrick Stuart) to dinner, Nina will suggest having it at Wyndemere. Once he’s alone, Jax will get on the phone and mention that they can search the place. As for Nina, she’ll have some manipulation of her own in mind.

“General Hospital” spoilers say Robert will relay some Cassandra updates to Finn. He’ll let Finn know that a man was spotted with Cassandra, but surveillance couldn’t offer a positive ID. Robert will warn that Cassandra’s dangerous and advise Finn to steer clear of her. Something tells us Finn won’t listen!

It sounds like another exciting episode’s on the way. We’ll keep you posted as other news and rumors emerge. Stay tuned to General Hospital and keep watching General Hospital spoilers frequently for all the latest news, updates and developments!