Young And The Restless Spoilers: Battle Between Nick And Adam Heats Up As They Race To Find A Guardian For Christian 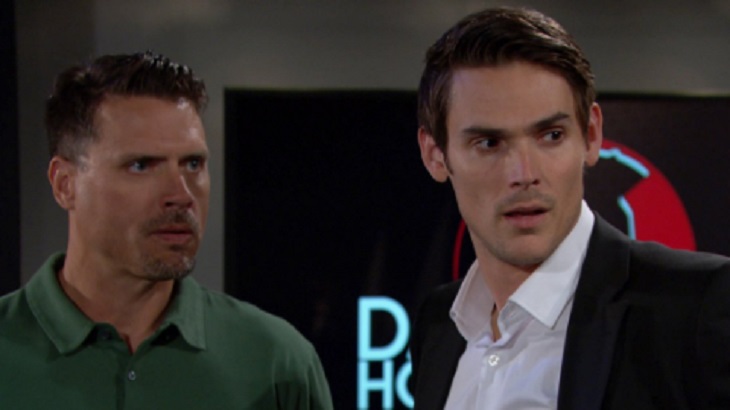 Adam Newman (Mark Grossman) and Nick Newman (Joshua Morrow) were in shock this week on Y&R when Judge Sanchez (Joseph C. Phillips) ruled that neither of them are fit to be a parent to Christian.

Now, the race is on between the two men to find a temporary guardian for the boy.

Nick has, of course, chosen his sister Victoria Newman (Amelia Heinle). He made a beeline straight to her, right after the judge’s decision. Victoria is the obvious choice for Nick, she’s Christian’s aunt and already has her two young children living with her on Y&R. But would she be the logical choice for the judge?

Young And The Restless Spoilers – Adam Newman Makes His Own Choice

Adam knows Nick will choose Victoria, who will shut him out if she’s given guardianship of Christian, and not allow him to see his son. So, he went to the one person who still feels a modicum of sympathy for him when it comes to Christian, and that is Sharon Newman (Sharon Case).

Along with her former husband Dylan McAvoy (Steve Burton), Sharon was a parent to Christian in the early part of his life, when she believed he was her son, Sully.

Sharon had miscarried Dylan’s child on Y&R, but her doctor had led her to believe that she’d given birth to the boy. It turned out the child was Sage Newman’s (Kelly Sullivan) baby, who she thought had died. Sharon was also a mother to Christian when she and Nick were engaged and planned to marry last year, until his one-night stand with Phyllis Summers (Michelle Stafford) came to light.

Unlike Victoria, Sharon would let Adam visit the boy. Of course, she would also allow Nick to see Christian, making her seem like the best choice for guardianship. But with some of Sharon’s mental health issues in the past, the judge may not see it this way.

But if Judge Sanchez does choose Sharon, this will affect her relationship with Rey Rosales (Jordi Vilasuso), and not in a good way. Rey will know Adam will be coming around much more often, using Christian as an excuse to also see Sharon.

With the Christian custody case having come to a head, the big question on Y&R is, who will get temporary custody of the boy – Victoria or Sharon?