Bold And The Beautiful News: Denise Richards Is Looking For Love 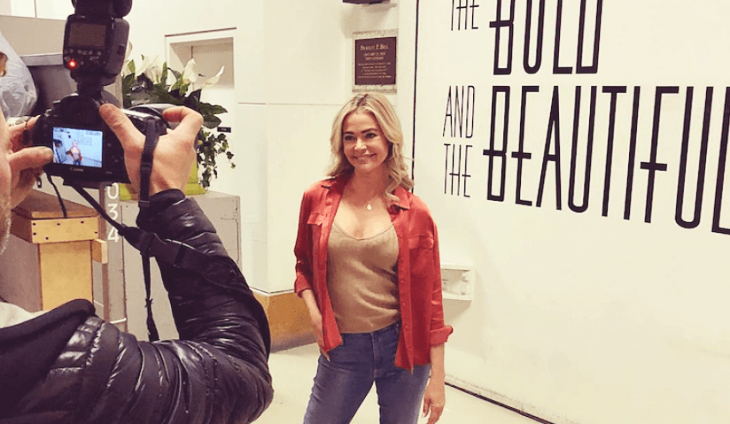 In a brief interview with Entertainment Tonight Canada, Denise Richards said she wants her character, Shauna Fulton, on the Bold and the Beautiful to have a love interest.

“I hope I get into a little romance,” Richards said. “There has to be something, I just hope it’s not with Quinn’s husband because I’m her only friend.”

The 48-year-old actress also said she loves being part of the show – as her role on the CBS daytime soap was something she’s never done before.

Bold And The Beautiful News – Loves The Character Of Shauna Fulton

“I love the character, and I’m having so much fun with the cast,” she said. “It’s a very well oiled machine at ‘Bold and The Beautiful’ and doing a soap is very different from anything I’ve done.” Then she called for a love interest for her character.

Flo then confesses to her mother that Thomas Forrester (Matthew Atkinson) told her she shouldn’t have come to his wedding and warned her to keep her mouth shut.

Fans may have thought that Shauna would defend her daughter but instead, she warned her from telling the truth to Hope. Flo tried to reason that Hope shouldn’t be in this mess and mustn’t be left in the dark about what’s really going on.

Despite Thomas’ threats, she can’t promise she won’t come clean. Shauna then tells her that she cannot undo what’s already been done and must never say a word about Beth.

Today on #BoldandBeautiful, Wyatt is shocked when Flo accidentally reveals a crucial fact about her past. pic.twitter.com/uD2qvN2Tcb

Hope and Thomas are now married. They are moving on with their lives and everyone else, including Flo, should too. Shauna emphasizes how important it is for Flo to keep quiet because a small slip can ruin the lives of many people. Viewers will have to tune in to find out how things will play out.