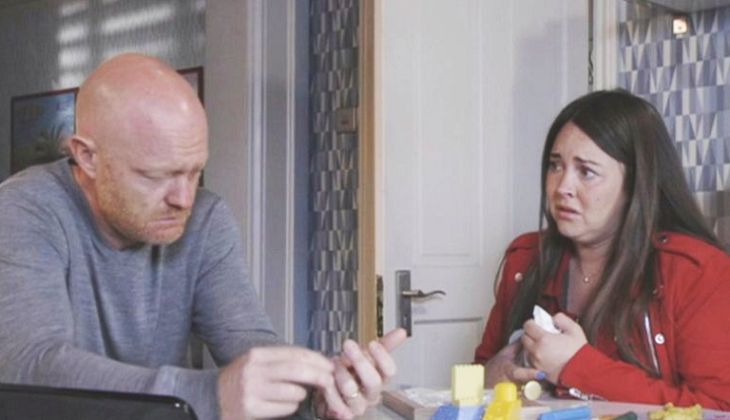 Things are getting more intense for Max Branning (Jake Wood). He lost baby Abi after Rainie Branning (Tanya Franks) took her and went on the run. He started a new fling with Ruby Allen (Louisa Lytton) and started self-harming again.

As Max finds himself on a downward path, Stacey Fowler (Lacey Turner) is there to help him get back up. In the July 23 episode, viewers saw Max make a shocking admission to Stacey. While he was sleeping, he mumbled that he sees Abi and Stacey every time he closes his eyes.

Does this mean Max and Stacey might get back together? Although the pair are getting closer again, it seems that there is something more to Martin Fowler (James Bye) than what he’s letting on. He was seen glaring at Max’s house from across the Square.

Stacey took the advice of her best friend Ruby and planned a romantic meal for her and her husband as a way of apologizing for her actions the past few weeks. But instead of doing that, she’s back tending to her old flame, Max, who is currently on a downward spiral after baby Abi’s disappearance.

Before her planned romantic meal with Martin, she drops by Max’s place to check up on him and give him some stern advice. She felt horrified when she found out that Max injured herself on a broken picture frame. But that’s not all, she also discovered that he had started to inflict harm on himself once again.

As she consoles Max, Stacey ignores the calls of Martin. When she finally called him back to tell him what happened, she was surprised because he was very understanding.

Max’s reply shocks her. He said, “That’s all I care about. Every time I close my eyes, I see her. And you.” Stacey was caught off-guard with what she just heard.

When you’ve had enough of the #heatwave. #EastEnders pic.twitter.com/dSmhVcTBbA

What they both didn’t know was that Martin was standing and glaring at Max’s house from across the Square. What will Martin do? What will happen next to Stacey and Max?