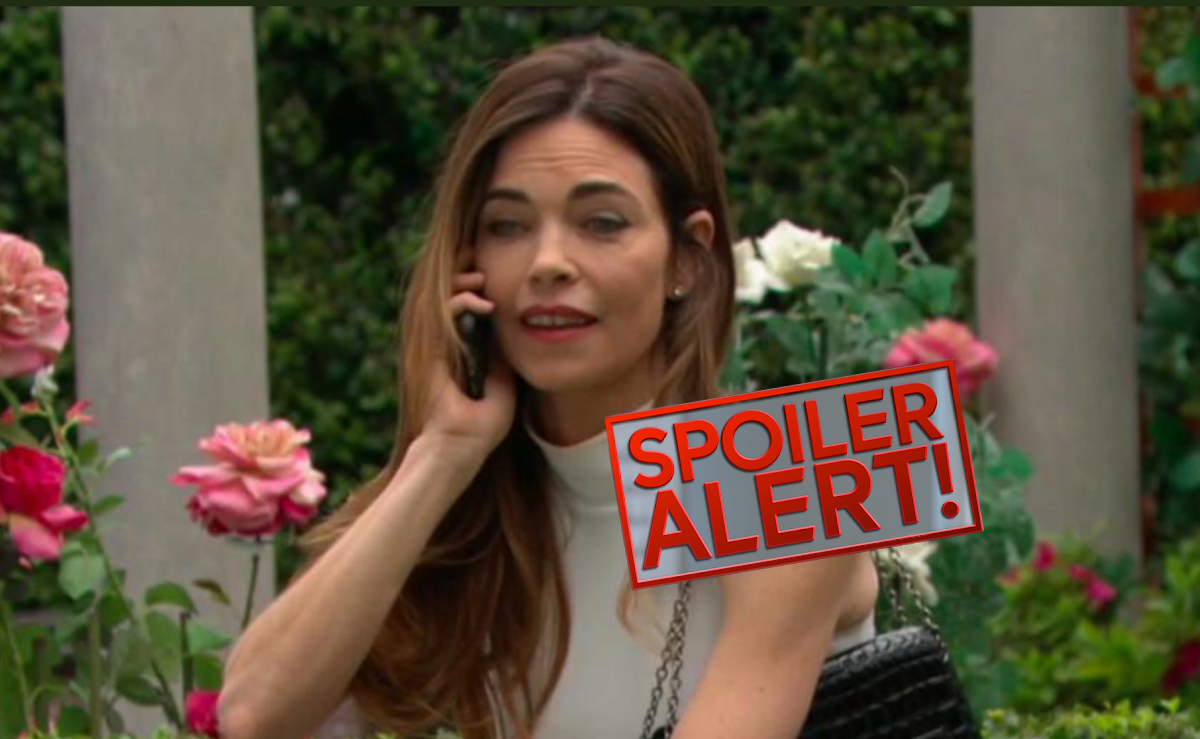 “The Young and the Restless” spoilers for Friday, July 26, tease that Victor Newman (Eric Braeden) will worry about his family. At Newman Enterprises, Victor expresses his concerns to Nikki Newman (Melody Thomas Scott). He fumes over the judge taking Christian Newman out of Nick Newman’s (Joshua Morrow) home, but he’s glad Victoria Newman (Amelia Heinle) is taking care of him.

Victor nods off for a moment and eventually revisits his grandkid worries with Nikki. He also frets about Nick potentially blaming him over the J.T. Hellstrom (Thad Luckinbill) mask footage. After Nikki exits, Victor decides to stick around the office for a while.

At Crimson Lights, Celeste Rosales (Eva LaRue) lets Phyllis Summers (Michelle Stafford) know how grateful she is to Summer Newman (Hunter King) for saving her daughter’s life. She feels Phyllis must be quite proud, and Phyllis confirms that’s true. They bond over their children’s screwups before Celeste speaks with Summer herself. She thanks Summer for the life-saving liver donation and ultimately asks if it’s a mistake for Lola Rosales (Sasha Calle) to marry Kyle Abbott (Michael Mealor)

Summer thinks for a moment and then confirms that Kyle indeed loves Lola. She believes Kyle would do anything for his bride-to-be. In her apartment, Lola grumbles to her big brother about their mom. Rey Rosales (Jordi Vilasuso) also gets some relationship guidance while he’s there. Lola points out that there are a lot of red flags in his romance with Sharon Newman (Sharon Case).

When Lola suggests Rey could move on and Sharon would be all right, he notes that the end of a relationship is like accepting a death. Rey notes that Celeste just wants to protect Lola from heartbreak. Celeste arrives later and questions Rey’s decision to keep her out of the loop on Lola’s surgery. Rey explains before Celeste points out that she seems to have been wrong about Kyle.

Even so, Celeste finds Kyle’s connection to Summer concerning. She also thinks she’s overstayed her welcome and decides to head home. Despite Rey and Lola’s protests, Celeste gathers up her stuff and goes. In the park, Victoria bickers with Sharon about her support for Adam Newman (Mark Grossman) in court. Chelsea Newman (Melissa Claire Egan) tries to settle things down when she appears.

Phyllis joins the group soon enough, which brings more conflict. After insults are tossed around, Chelsea and Sharon leave. That gives Victoria the opportunity to make a pitch to Phyllis. She brings up Summertime, Inc. and doesn’t buy Phyllis’ attempt to play dumb about it. Victoria suspects Phyllis is transferring Dark Horse assets to Summertime, Inc. and gets Phyllis to admit that Adam’s distracted.

Victoria wants to exploit that by putting a plan in motion. She notes that Phyllis is Dark Horse’s CEO and can authorize asset sales no problem. Victoria wants to team up on Adam’s takedown and will make it worth Phyllis’ while. Phyllis decides she’s in – but there’s one condition.

At the cottage, Sharon and Rey do a familiar dance by going in circles over Adam. Rey also brings Mia Rosales (Noemi Gonzalez) into is and compares Sharon to her. He feels confident in how all this will end, so he packs up his belongings and prepares to go. Sharon pleads with Rey and plants a steamy kiss, but he insists on leaving.

Back with Victor, he tries to convince Chelsea that Connor Newman should return to Genoa City. Chelsea wonders if Victor’s making a demand or a request here. Victor and Chelsea argue about what’s best, but Chelsea insists on keeping the status quo.

“The Young and the Restless” spoilers say some exciting scenes are on the way. We’ll give you updates as other Y&R news and rumors emerge. Stay tuned to see what’s next on the CBS soap.