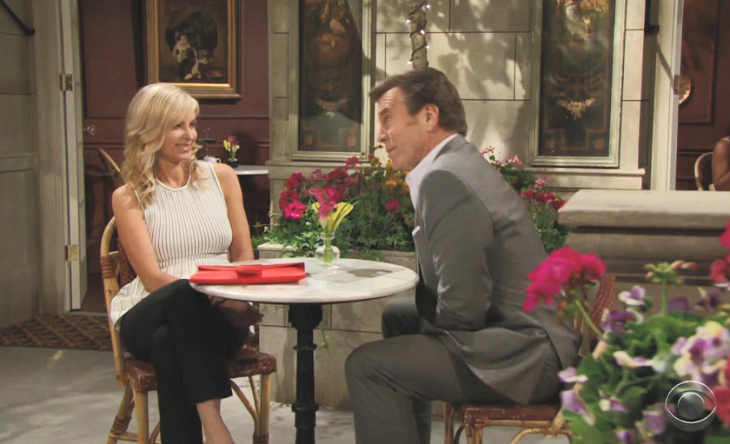 The Young and the Restless spoilers tease that Jack Abbott’s (Peter Bergman) trip to Paris, France, created a greater outcome then he ever expected. Going beyond making nice with his sister, Jack and Ashley Abbott (Eileen Davidson) appear interested in fully reconciling. This sibling rivalry is one for the ages. Genoa City’s brother-sister battle dates back to the 1980’s, when the Abbott’s were first written in as one of Y&R’s legacy families.

In more recent years, Jack and Ashley reignited their feud due to an old paternity sore being rubbed raw and a false new one opening. As viewers recall, Ashley sent Jack on a wild genetic goose chase. That vicious form of claimed payback had Bergman’s character believing that John Abbott (Jerry Douglas) wasn’t his father.

The revelation that John was always Jack’s father ended a long arc that allowed newer viewers to learn a lot about the Abbott’s. Included with that history lesson was Ashley’s past discovery that John wasn’t her father, Brent Davis (Bert Kramer) was. That revived storyline was also part of Dina Mergeron’s (Marla Adams) Alzheimer’s arc, which continues to play on.

Young And The Restless Spoilers – Traci Abbott Plays The Peacemaker

Watching through to current day, Jack and Ashley warmly embraced each other at an outdoor cafe in the City of Light. Viewers didn’t see it, but the Abbott’s also took a walk-through of My Beauty. Ashley’s employees were abuzz that Jack was allowed in the facility, but there he was. And then both characters flew back home.

Young And The Restless Spoilers: Battle Between Nick And Adam Heats Up As They Race To Find A Guardian For Christian

Traci Abbott (Beth Maitland) has often played peacemaker. So she’s thrilled that her brother and sister appear to have gone beyond the truce they agreed to in recent months. That bodes well for unity and possibly for the family business as well. Ashley took the patents her father promised to her decades ago, along with more recent cosmetic formulas she was responsible for creating at Jabot, and established her own business in Paris.

Dina struck out of her own in the past, under far different circumstances. In that instance, she abandoned her three young children and husband in order to find herself within the times she believed she was living in.

Young And The Restless Spoilers – Siblings In Unique Spot In Relationship

The damage done by that self-centered act was indescribable, ever overshadowing whatever ego-based accomplishments Dina achieved through Mergeron, which was her next husband’s business that she assumed control over when he died.

Ashley and Jack, with a purposeful emphasis on putting Ashley’s name first this time, have arrived at a unique spot in their own relationship. Ashley holds the power cards now, fully realizing that Jack and Jabot can benefit from her help.

Young and the Restless #YR Spoilers: Abby Takes A Risk Partnering With Phyllis – Will It Pay Off? https://t.co/4iy91e7a23

The peace these siblings are keeping now is no longer about their mother, but instead about themselves. Each person is older than Dina or John were when the family was wrecked. Lessons from the past appear to be affording an opportunity for John and Dina’s children to not only make amends, but behave like loving and therefore loyal family members always should.