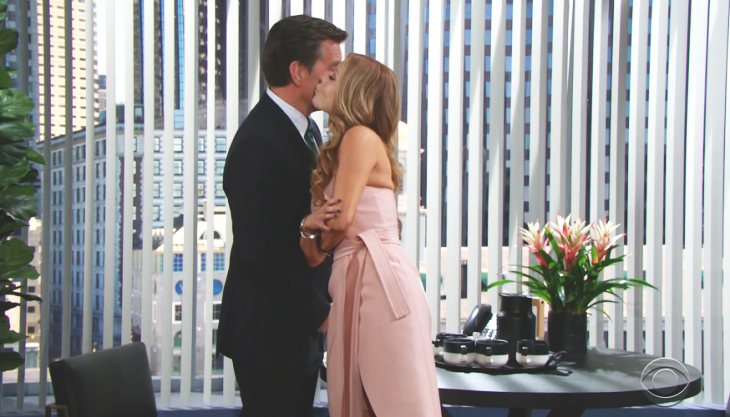 The Young and the Restless spoilers indicate that Michael Baldwin’s (Christian LeBlanc) lies will lead to the end of his marriage to Lauren Fenmore (Tracey E Bregman).

Michael and Lauren are one of Y&R’s favorite couples, but in recent years they haven’t been given much of a storyline. However, that’s about to change.

Like all soap opera couples, Michael and Lauren’s relationship has been filled with ups and downs. The couple is happy right now, but more drama is coming and it’s due to the secrets that Michael is keeping from his wife.

One of the biggest secrets Michael is keeping involves his brother Kevin Fisher (Greg Rikaart). Michael learned that Chloe Mitchell (Elizabeth Hendrickson) is alive and Adam Newman (Mark Grossman) is using Chloe and Kevin as pawns in his scheme. Michael wants to protect Kevin and Chloe by doing anything he can to help them, even if it means lying to Lauren.

Another secret Michael is keeping from his wife involves his relationship with Judge Sanchez’s (Joseph C. Phillips) wife. When Adam found evidence of Michael’s affair, he used it to get Michael to remove himself from Nick Newman’s (Joshua Morrow) case. Eventually, Michael’s secrets are going to be revealed and it could spell the end of his marriage.

Lauren is going to be furious with Michael’s lies and she’ll leave him. But a heartbroken Lauren won’t be lonely too long. She’ll find comfort from her friend and business partner Jack Abbott (Peter Bergman).

Y&R fans have been waiting for a Jack and Lauren romance for a while. Now, they might get their wish. Jack has been unlucky in the love department the past few years. He divorced his wife Phyllis Summers (Michelle Stafford), who was having an affair with his brother Billy Abbott (Jason Thompson).

Then his next romance was with Kerry Johnson (Alice Hunter), who he soon discovered was secretly working with his sister Ashley Abbott (Eileen Davidson) to take control of Jabot.

This time Jack’s luck may change when he and Lauren decide to pursue a romance. Are you ready for Jack and Lauren to be a couple? Or do you think Lauren belongs with Michael?