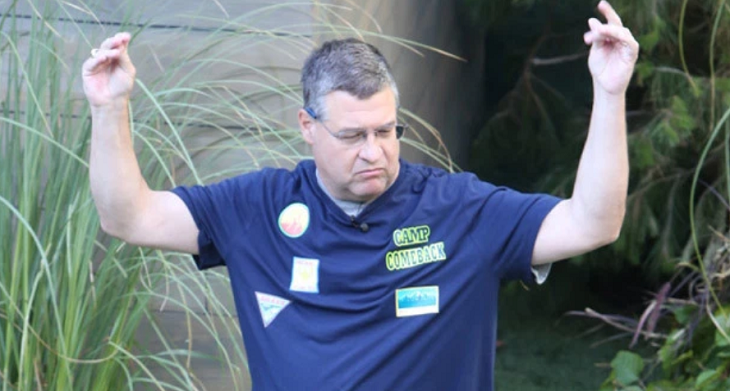 Last week the Big Brother 21 underdog, Cliff Hogg II, won the Camp Comeback competition to return to the game and then shocked everyone when he won the HOH. Fans were thrilled when one of the players that seemed to be one of the weakest, made a huge game move and put up BB21’s strongest players, Jack Matthews and Jackson Michie.

Jackson won the POV and took himself off the block. Cliff had to name a replacement nominee. The smartest move would be to nominate Christie Murphy, force her to use her Diamond POV and then a replacement nominee would have to be named, and Cliff could have put up one of the women in the showmances with the two Jacks.

But no, he nominates Bella, the person who tried to save him from eviction, so it doesn’t force the Diamond POV to be played. Bella Wang is the most disliked house-guest there, and she sucks at competitions.

How could he think that was a good game move? Instead, Cliff aligns himself with the two Jacks who got him evicted and sent to Camp Comeback in the first place.

There have been plenty of dumb moves in Big Brother history. I thought the dumbest was in season 3 when Marcelles Reynolds was nominated, he won the veto, and thinking that he had a deal with Danielle, didn’t use it on himself and then found himself evicted from the Big Brother house.

But, Cliff Hogg II has now beat that record. He had control of the house and blew it. No difference from being evicted from Survivor and leaving with an idol in your pocket. The only thing that could be dumber than Cliff’s move, is leaving Survivor with two idols in your pocket!

You can really describe BB21 so far as boring. The players are just ridiculous, they are giving the game to Jack. I think Big Brother should be more selective in the future when they choose their house-guests, maybe with people who know the value of $500,000!

An evicted Houseguest, a very emotional goodbye, and a messy comp. If you missed last night's episode, catch up now: https://t.co/mDopXAbLIG #BB21 pic.twitter.com/B5ergpwAfJ

The six-shooters run the house, primarily Jack and Christie, Tommy Bracco, Holly Allen, Analyse Talavers are riding Jack and Christie’s coattails and will get picked off one by one as well. They are just too dumb to read the writing on the wall.