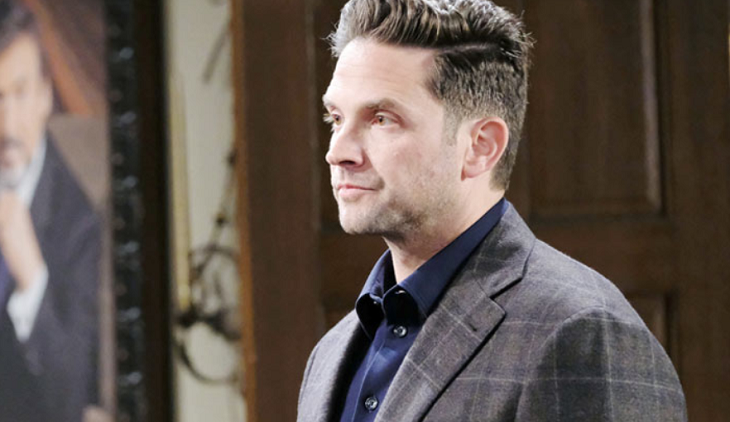 The situation when Brandon Barash landed the role of Stefan DiMera on “Days of Our Lives” mid-storyline wasn’t ideal. Someone already played the part and it wasn’t just anybody, it was his friend, Tyler Christopher.

They both worked together on General Hospital, where he played Johnny while Christopher portrayed Nikolas. Barash was worried Christopher and other people would think that he took someone else’s job. He thought that he’d onlybe there for a month but that didn’t happen. He stayed longer than expected.

Barash first appeared onscreen as Stefan back in March, and he’s been seen regularly since then. Although he felt the pressure of gaining viewer’s approval, Barash said it wasn’t something that was important to him.

“You just have to let that go. For me, it’s more about doing honest work. If you do honest work, everything else will work out,” he told Soap Opera Digest. His acting credits include “The West Wing,” “Bones,” “Major Crimes,” and “The Last Ship.”

He was given only 72 hours to familiarize himself with his new character after he booked the role.

“I met with Albert Alarr [co-executive producer]. He filled me in on things and gave me six scripts to read. I was working a day or two after that,” he revealed. Knowing some familiar faces on the set helped him re-acclimate. However, he admitted that “there were jitters” since daytime soaps were fast-paced compared to what he’s done on prime-time. “I didn’t want to hold up production. I didn’t want to go up [on] lines. That didn’t happen. After my first scene, I was like, ‘Oh yeah. I remember this.’ It was pretty easy.”

Although he is enjoying playing Stefan, there one particular role that holds a special place in his heart and that’s being “a full-time single dad.” When not on screen, Barash is a father of his five-year-old daughter, Harper. He isn’t new to this type of situation as he only had his father growing up.

“He set the example very early and set the bar very high. He taught me a clinic on life and parenting without me even knowing it. So when I found myself in the same situation, parenting has been the easiest thing and the hardest thing all at the same time,” he said.

“I say hardest for obvious reasons and easiest because everything is just instinct. The answers may not always be right in front of you, but if you trust your instincts, you know that the right choices will be made. And that’s what’s most important to me.”

It sounds like another fantastic episode’s coming up. We’ll keep you posted as other “Days” details and rumors emerge. Stay tuned to DOOL and don’t forget to check Hollywood Hicccups often for the latest “Days of Our Lives” spoilers, rumors, updates, and news.