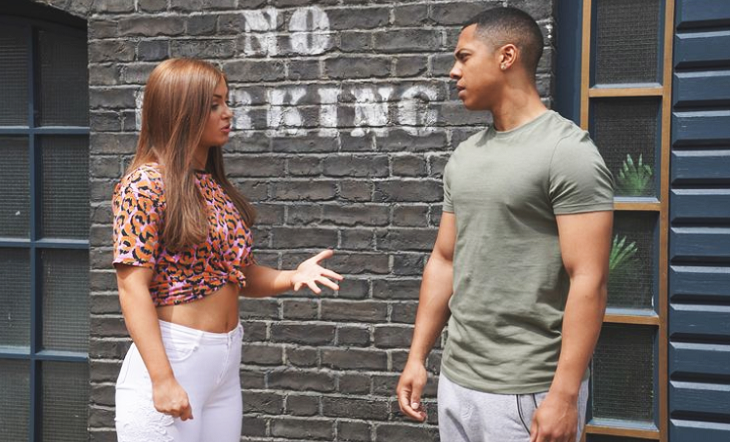 On “EastEnders,” Tiffany Butcher (Maisie Smith) is left devastated after being rejected once again by Keegan Baker (Zack Morris). The teenager has been through a lot, and she’s decided to start anew by moving to Milton Keynes. However, it seems like she’ll be leaving town without patching things up with her friends Bernadette Baker (Clair Norris) and Bernadette’s brother Keegan.

The siblings cut ties with Tiffany after finding out that she was pretending to be the former’s love interest online. Tiffany tried to patch things up with the two and even invited Keegan to attend her farewell picnic. However, she is left heartbroken after Keegan said he won’t attend.

Tiffany went through hell after she met Evie. Viewers may recall that she was groomed by Eve and was manipulated into joining their gang. She was forced to do drugs and was sexually assaulted by a gang member at the time when they were on a run.

EastEnders Spoilers – Confronted Her Rapist But Jack Branning Beat Him

To ease her burden, she told her uncle Jack Branning (Scott Maslen) about the rape. Not long after, her rapist showed up in the village.

She managed to muster up the courage to confront her rapist but her uncle decided to take matters into his own hands and beat him brutally.

Tiffany seemed to have a budding relationship with Keegan. However, it didn’t blossom into anything after he and his sister found out that Tiffany was pretending to be a lesbian and seduced Bernadette through an app just so she could get a confidence boost.

EastEnders Spoilers – Keegan Baker Has Feelings For Her But Is Conflicted

But her plan backfired and three are no longer on speaking terms. All these have cemented Tiffany’s plan to leave town and her heart was torn apart after Keegan rejected her invitation to attend her farewell picnic.

What she doesn’t know is that Keegan is conflicted. He has feelings for her, and he doesn’t know what he should do. Gray Atkins (Toby Alexander Smith) tells him to let Tiffany know how he truly feels but will he be able to do so before it’s too late?

Will Keegan be able to change Tiffany’s mind and ask her to stay instead?