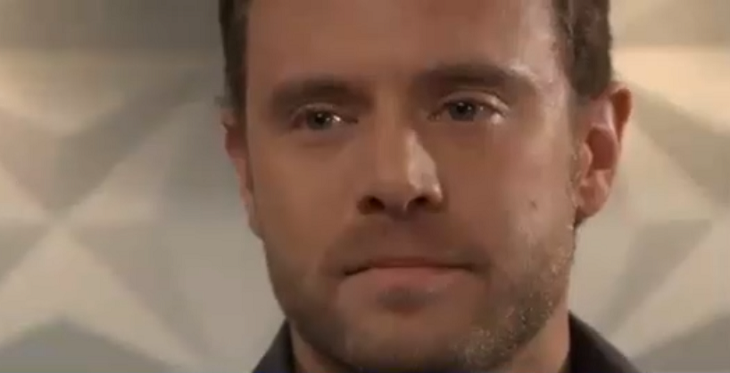 “General Hospital” spoilers for Monday, July 29, tease that Drew Cain (Billy Miller) will get some kind words from Franco Baldwin (Roger Howarth). Franco will suggest that whatever Drew did, it was impressive. He might check in about how Drew’s coping with Oscar Nero Quartermaine’s (Garren Stitt) death. Franco may be impressed with how Drew managed to connect with Oscar despite not knowing him all that long. Bonding is something Franco would like to do with Cameron Webber (William Lipton).

However, Drew will also get a mysterious packaged delivered to him on Monday. Perhaps Franco’s kind words will tie in with that instead. If he’s on hand when Drew gets this package, he might weigh in on the contents. Drew will receive a memento, so it could be something that honors an old accomplishment. Franco may be impressed by whatever Drew did once upon a time.

Next, Ava Jerome (Maura West) will yell at her new psychic, Chelsea Lamb (Jen Ray). GH spoilers suggest Chelsea may get distracted by some other images swirling around in her head. Ava will think Chelsea needs to focus on contacting Kiki Jerome (Hayley Erin), but Chelsea isn’t in the driver’s seat here. She just passes along what she envisions and relays any messages.

Speaking of messages, Nelle Benson (Chloe Lanier) will have a big one to give Michael Corinthos (Chad Duell) at Pentonville. She’s decided to come clean about the baby swap, so she’ll prepare to tell Michael something he doesn’t know about what really happened to Jonah Corinthos. Alas, some technological twist of fate will derail Nelle’s plan and keep this baby secret in play a while longer.

Over with Brad Cooper (Parry Shen) and Lucas Jones (Ryan Carnes), they’ll have a chat with Carly Corinthos (Laura Wright) and Bobbie Spencer (Jacklyn Zeman). Carly will mention that they have to accept whatever makes “them” happy, so this doesn’t seem to be about Michael’s visit to see Nelle. She doesn’t approve of Michael getting sucked back in, but she understands his need for closure. Even so, Carly absolutely doesn’t care about Nelle’s happiness.

Carly cares about Lucas and Brad’s happiness though, so maybe they’ll have some plan she’s not thrilled about. Bobbie may not be on board either, but like Carly suggests – acceptance is the way to go. Meanwhile, Willow Tait (Katelyn MacMullen) will stop by to see Julian Jerome (William deVry) and give him some fantastic news. She’ll reveal that she’d like to clear the way for Julian to participate in “Wiley Cooper-Jones’” life.

General Hospital Spoilers – Shiloh Archer In Prison For The Rest Of His Life?

Next, Shiloh Archer (Coby Ryan McLaughlin) will consider his options. “General Hospital” spoilers say his attorney will insist Shiloh should take the plea bargain or go to prison for the rest of his life. She won’t see any other options for Shiloh, but he’ll likely count on finding some way out of this mess.

Shiloh isn’t the kind of guy who could give up his freedom without a fight. He’ll undoubtedly reject this plea deal and focus on his own plan instead. Finally, Sasha Gilmore (Sofia Mattsson) will listen to Michael’s admission. After he parts ways with Nelle, Michael will open up to Sasha and perhaps clear some things up about his romantic history.

Once Sasha realizes the extent of Nelle’s lies and manipulation, her own guilt could take a toll. Sasha isn’t as nasty as Nelle, but she’s still a liar and people are still going to get hurt. “General Hospital” spoilers say Sasha will keep her mouth shut about the fake daughter scheme, but more worries should creep in down the road.

It sounds like some terrific scenes are on the way. We’ll give you updates as other GH details and rumors emerge.