Meghan Markle Criticized For Her Birthday Wish To Prince George 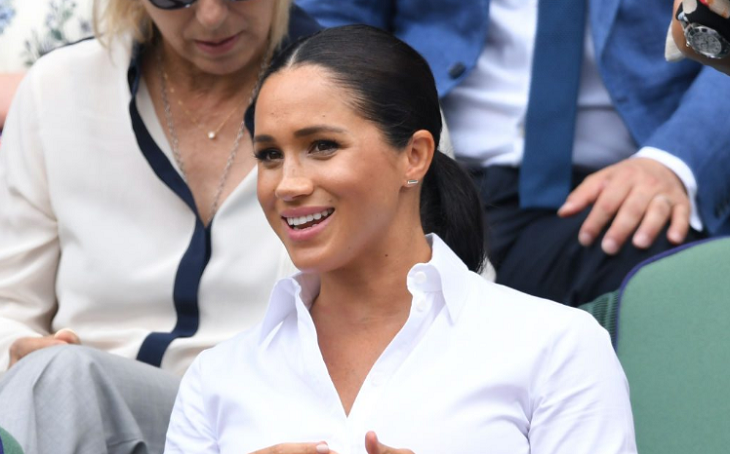 It seems as though a week doesn’t go by that the press doesn’t criticize Meghan Markle for one thing or another. It doesn’t matter what she says, what she does or what she doesn’t do. The media and her critics will always find a reason to find some fault in her.

This time around both Prince Harry and Meghan Markle have been criticized for a birthday note that they left for their nephew Prince George on social media. Here’s why.

According to The Today Show, a lot of people pointed out that Prince Harry and Meghan Markle failed to use Prince George’s full name in their birthday wish. They just wrote ‘Happy Birthday Prince George’ instead of ‘Prince George of Cambridge,’ or ‘George Alexander Louis.’

The Duke and Duchess of Cambridge are very pleased to share new photographs of Prince George to mark His Royal Highness's sixth birthday 🎈 pic.twitter.com/BIxoxdw3ap

And while a lot of people are making a huge fuss over this detail, others pointed out that George is just 6-years-old and during this stage of his life, it’s not that necessary to call him by his full title.

But that hasn’t stopped a lot of people from pointing out that George is the third in line of succession to the British throne and that he should be given more respect.

Of course, this isn’t the first time that Prince Harry and Meghan Markle have been slammed for what they wrote or didn’t write on social media. A lot of people also pointed out that it was in bad taste that they didn’t wish Prince William a happy birthday, even though he’s a senior member of the royal family.

Instead, they simply responded to a birthday post on Twitter instead. It was also noted that the Sussexes did post special birthday wishes for both Queen Elizabeth and Prince Philip and of course Prince Charles.

So far both the Duke and Duchess of Sussex have not made any comments about the criticism although it’s doubtful that they will say anything.

With that said, we have a feeling that George still enjoyed his birthday and that he didn’t even pay attention to any of the birthday wishes that were left for him on social media.