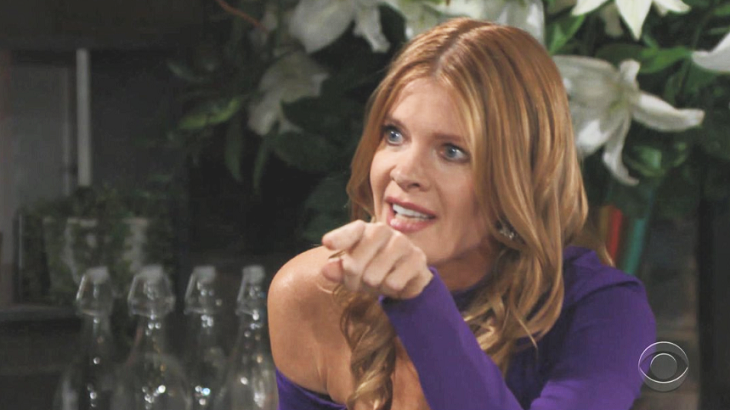 The Young and the Restless star Michelle Stafford (Phyllis Summers) just did something that many other actresses would never dare to do, and that’s give herself her own haircut!

That’s right, the  actress took some scissors to her glorious red hair and showed off the result to her social media followers. Here’s what you need to know.

Sharing a selfie of herself and her new shoulder-length hair, Stafford captioned the pic with, “Just cut my own hair” along with several different emojis including one that looks like it’s in shock. Stafford didn’t explain why she cut her hair but just showed it off to her fans.

Many of Stafford’s social media followers commented on the photo with, “Is there anything you can’t do? Looking gorgeous as usual,” along with, “It looks great! Stunner. New trade.”

Another fan wrote, “You look absolutely stunning. The hair suits you. You are also killing it as Phyllis on The Young and the Restless. Love tuning in everyday now because I get to see you.”

To be quite honest, we believe that Michelle Stafford looks lovely no matter how she does her hair. She’s one of a few actresses that could definitely rock a shorter look just as much as she could wear her hair long. And yes, it’s because she’s just that beautiful!

Young And The Restless News – What’s Next For Phyllis Summers?

Now, as far as what’s in store for Phyllis Summer remains to be seen. As many fans know, she’s had her ups and downs but we have a feeling that she has a huge surprise in store. She might have hit rock bottom recently, but she’s definitely making up for lost time now.

Will she be the one and only person in Genoa City to take down Adam Newman (Mark Grossman)? Or better yet, will she be able to take total control of Dark Horse and give it back to Nick Newman (Joshua Morrow)?

We have a feeling that whatever Phyllis ends up doing, it’s going to be big for sure. Fans will have to tune in to find out what will happen next! Don’t forget to come back later for more The Young and the Restless (Y&R) spoilers, news, and casting updates!