Bold And The Beautiful News: Denise Richards Opens Up About Her Daughters 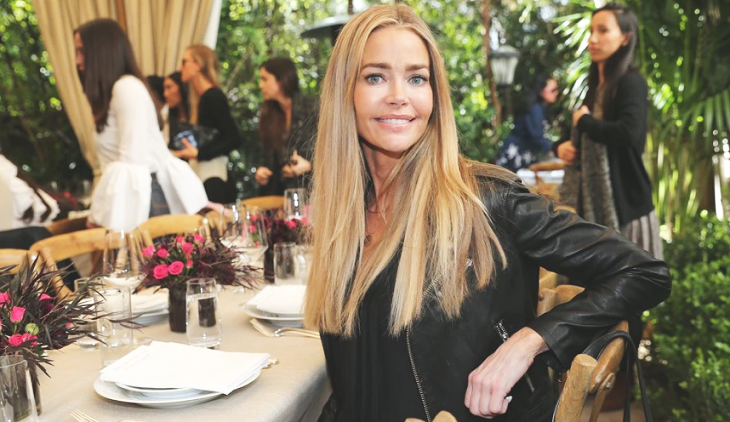 It’s without a doubt that The Bold and the Beautiful star Denise Richards (Shauna Fulton) is one of the busiest women in the entertainment industry right now. Not only has she been working hard on the hit CBS soap, but she’s also been appearing on The Real Housewives of Beverly Hills and working on her multiple side projects.

If that weren’t enough, she’s also raising three daughters at home, with two of them in their teen years. So how does Denise handle it all? Here’s what she has to say.

While there’s no doubt that being a working mother definitely has its setbacks, Richards says that she does her best to spend as much time as possible with her family at home. She also says that she hopes to raise her three daughters in a way that they will share one of her own core values: not to judge others.

Richards shares her two daughters Sam, 15, and Lola, 14 with her ex Charlie Sheen. After their divorce she adopted Eloise, 8, as a single mom.

The 48-year-old beauty told People Magazine in an interview, “I think that my daughters will tell you that I’m a strict parent. I definitely have rules and boundaries and there’s consequences.”

She also adds that Denise is not the kind of mom that allows her kids to do whatever they want. But at the same time, she ties to follow a lot of the rules that her own parents instilled in her while she was growing up.

Bold And The Beautiful News – Richards Creates A No Judgement Zone

One of the most important rules? Not to judge other people. Denise says that she feels grateful that her parents taught her that everyone is to be treated equal.

“That’s something that’s really stuck with me and something that I really want to instill in my daughters.” Richards also said that one of her daughters is sometimes headstrong, but thankfully her father gave her some sound advice on how to deal with it.

Bold and the Beautiful Spoilers: Monday, July 29 – Liam Gets A Big Clue About Beth – Hope Irritates Thomas On Their Honeymoon

“My father said, ‘It might be challenging right now, but when she’s an adult, you are going to be so grateful because she is going to be one strong woman,’” Richards said, adding “And that’s when I was like, ‘Okay, that’s my daughter,’ because I’m pretty sure I was probably very similar with my parents.”