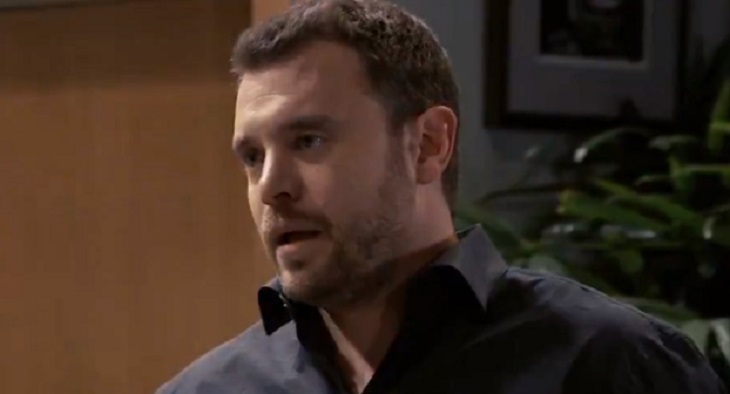 It’s possible that Drew’s setback could have something to do with his search for his past. Earlier, Drew received a mysterious package that may have had something to do with his past, and other General Hospital spoilers tease that it may have been something sent by Shiloh Archer (Coby Ryan McLaughlin) to throw Drew off the trail to what really happened between the two of them in Afghanistan. Drew has been suspicious about whether he and “Hank” were really such good friends back then and unsure if he even saved his life or not.

General Hospital Spoilers – The Truth About “Hank” And Drew

In recent General Hospital episodes, viewers learned a little more about the past between Drew and Hank through flashback memories Hank/Shiloh had. It turns out the part about Drew saving Hank’s life from an IED, or improvised explosive device (think pipe bomb) was true, but not because they were good friends—it was because Drew was a good man and tried to save fellow Seal Tex (uncast character) along with Shiloh/Hank.

But the fact was, Drew regretted saving him because he was such a slimeball. He and Tex were traitors; stealing and selling fuel to enemy insurgents and pocketing the money! Shiloh had muttered to himself about “getting his money back” but it is unclear whether he was talking about the ELQ shares he claimed Drew’s late son, Oscar Nero Quartermaine (Garren Lake Stitt) left him. Both Drew and his twin, Jason Morgan (Steve Burton) who is Oscar’s executor doubt that was legitimate.

General Hospital Spoilers – The Setback Could Also Be A Financial One

As General Hospital viewers know, Drew apparently did sell the Aurora Media Print Division, which includes Crimson Magazine, to Jasper Jacks (Ingo Rademacher). But when Jax brought in Hayden Barnes (Rebecca Budig) as CFO, or Chief Financial Officer over all of Aurora, Drew was incensed!

He and Hayden have bad blood between them going back several years, when he didn’t even have an identity other than “Jake Doe” and she tried to con people in Port Charles into thinking Drew was her husband! Hayden has been known for some pretty “creative accounting” and it’s just possible she could have moved some money from Drew’s side of the company to Jax’s, and Drew caught it!

Other General Hospital spoilers say that Drew will meet with Curtis Ashford (Donnell Turner) who is his friend but also his chief of security, albeit as a cover for investigating Jax for Valentin Cassadine (James Patrick Stuart) but Curtis also knows Hayden pretty well. Drew will also call Sonny Corinthos (Maurice Benard) in the next couple of weeks, which is rather unusual since he doesn’t have that much to do with Sonny and Carly Corinthos (Laura Wright) since he found out he wasn’t really his twin Jason.

However, he could have Curtis investigating something and he could also have Sonny on board too, since Sonny has more contacts all over the world than Curtis does — including contacts that are not exactly, shall we say, squeaky clean! This setback is probably more likely to have something to do with “Hank” and their history in Afghanistan than it is Hayden and possible financial setbacks at Aurora. Drew may have a setback in digging into his and Hank’s past, and Sonny’s already been at it for quite some time!