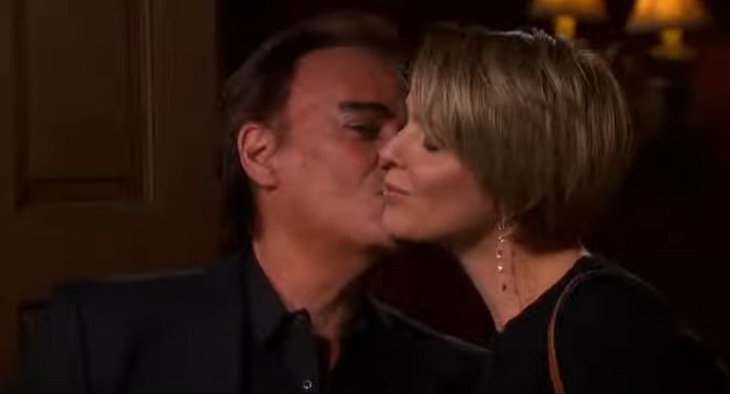 “Days of Our Lives” spoilers for the week of July 29-August 2 tease that some shockers are coming up in Salem. First, Gabi Hernandez (Camila Banus) and Stefan DiMera (Brandon Barash) will plan some quick nuptials. Of course, not everyone will approve of this little ceremony – namely Gabi’s overprotective big brother!

Rafe Hernandez (Galen Gering) will get updates on Gabi’s shocking news, and he won’t like it one bit. After Gabi insists she’s going to marry Stefan, Rafe will snarl that it’ll happen over his dead body. He’ll refuse to stand by and watch Gabi tie the knot with the devious DiMera. Rafe will remind Gabi of all the horrible things Stefan’s done, including the way he targeted Gabi specifically.

However, Gabi will suggest this is about business and going after what she wants. She can potentially take the DiMera throne if this wedding happens ASAP, so she’ll go for it whether Rafe likes it or not. Meanwhile, Kristen DiMera (Stacy Haiduk) will get Tony DiMera (Thaao Penghlis) on board with her own wedding scheme. He’ll vow to marry “Nicole Walker” (Arianne Zucker) to help with her DiMera takeover.

“Days of Our Lives” spoilers say Mr. Shin (Michael Hagiwara) will have a tough decision to make later this week. DOOL fans won’t want to miss this fierce war! Next, Eric Brady (Greg Vaughan) and Brady Black (Eric Martsolf) will have a war of their own. Their brother battle will reignite in a big way when Eric physically attacks Brady.

DOOL’s weekly preview video shows Eric shoving Brady with everything he’s got. Brady will slam through a door thanks to the force of his bro’s blow! It’s clear that the peace between them will be shattered, so Brady will be more open to being with “Nicole” pretty soon.

Other “Days” spoilers state that Eli Grant (Lamon Archey) will get a promotion. He’ll become the new police commissioner after Jack Deveraux (Matthew Ashford) fires Eve Deveraux (Kassie DePaiva). Rafe will be taken aback to learn Eli’s his new boss, but he should be happy for him. Lani Price (Sal Stowers) will be thrilled for her fiancé, so they’ll do some celebrating in the week ahead.

Finally, “Days of Our Lives” spoilers say Sarah Horton (Linsey Godfrey) will make a terrible mistake. Rex Brady (Kyle Lowder) will insist he loves Sarah as they share a sweet and steamy moment in bed. She’ll reply, “I love you too, Eric.” Uh-oh. Rex will demand answers about Sarah’s slip of the tongue, so she’ll come clean about her deep feelings for Eric and how she can’t escape them.

It sounds like some gripping scenes are on the way. We’ll keep you posted as other “Days” details and rumors emerge. Stay tuned to DOOL and don’t forget to check Hollywood Hiccups often for the latest “Days of Our Lives” spoilers, rumors, updates and news.