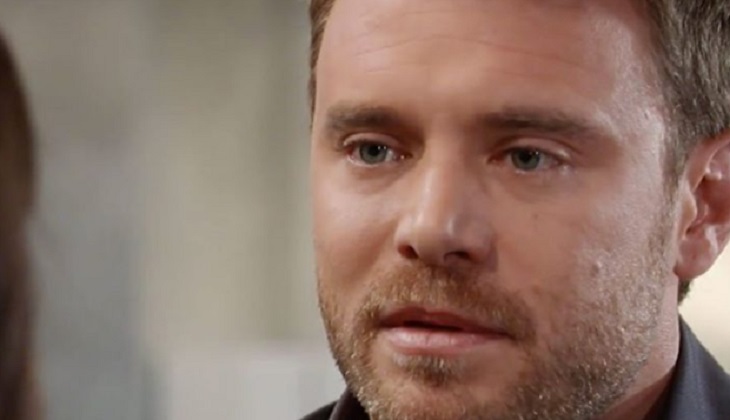 General Hospital (GH) spoilers for the week of Monday, July 29 through Friday August 2, 2019 reveal Nelle Benson (Chloe Lanier) will continue to be a thorn in people’s side as she makes a very vague statement.

There is so much focus on baby Wiley/Jonah right now as Willow Tait (Katelyn MacMullen) suddenly has a change of heart. One has to wonder how this will affect everyone involved. Sam McCall (Kelly Monaco) will visit Willow; is it in hopes that her brother, Dr Lucas Jones (Ryan Carnes) and his husband, Brad Cooper (Parry Shen) can keep the little boy?

GH sources tease that Michael Corinthos (Chad Duell) will reveal everything to his new lady interest, Sasha Gilmore (Sofia Mattsson) which obviously has the right affect on her when the two of them are able to spend sometime alone on the island.

Jason Morgan (Steve Burton) continues to be extremely bothered by Shiloh’s (Coby Ryan McLaughlin) presence and how comfortable he is making himself in Port Charles. Jason will make it his mission to deal with what has to be done! Shiloh and Drew Cain (Billy Miller) obviously have a past together, but will the truth ever come out as Drew struggles with a set-back. Drew pays a visit to PI Curtis Ashford (Donnell Turner), but what is he seeking to learn? Dr. Kim Nero (Tamara Braun) has an idea, will it help both the grieving parents?

General Hospital spoilers show that Nina Reeves (Cynthia Watros) will open the doors and welcome someone into her home; but towards the end of the week Nina will catch her love, Valentin Cassadine (James Patrick Stuart) and uncover what his plans really consist of. How will she deal with all this deception?

General Hospital Spoilers – Hayden Makes A Fool Of Herself

In other GH spoilers, Hayden Barnes (Rebecca Budig) will make a complete fool of herself; will her former lover Dr. Hamilton Finn (Michael Easton) step up and help her or is she stuck dealing with this on her own?

Laura Webber Collins (Genie Francis) is extremely concerned about her broken-hearted daughter, Lulu Falconeri Spencer (Emme Rylan) and goes to see her to see how she is truly doing. Jason seems to have his hands full this week, after continually be irked by Shiloh’s presence, he is forced to contend with Elizabeth Webber Baldwin’s (Rebecca Herbst) decisions and is completely unable to see her side of things. What will this mean for them and the custody of their son, Jake Webber Spencer?

Be sure to tune into ABC’s General Hospital (GH) on Monday, July 29, 2019 to catch up on all the excitement unfolding in Port Charles right now. Check Hollywood Hiccups often for updates, news, rumors and spoilers!