Young And The Restless Comings And Goings: Cait Fairbanks Off Contract As Tessa? 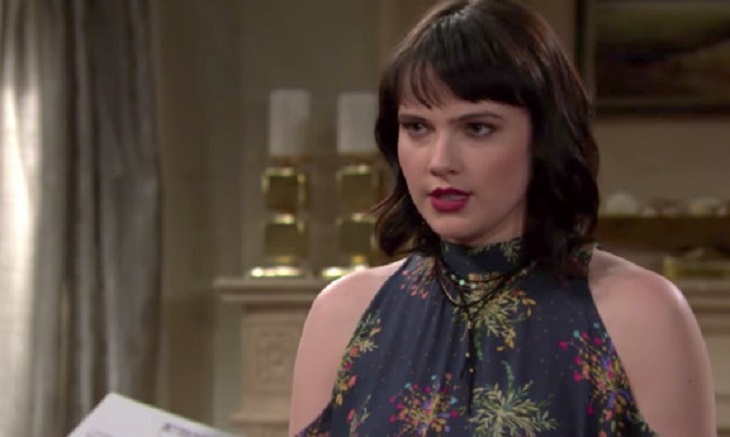 There are some changes happening in the cast line up on “The Young and the Restless.” According to an eagle-eyed viewer of the show, Cait Fairbanks was removed from the contract cast list of the show and moved to the recurring cast members.

Fairbanks has been with the show since 2017, and she’s currently Mariah Copeland’s (Camryn Grimes) girlfriend. Although she’s been moved into a recurring role, Fairbanks has been seen filming scenes every week for the past three weeks according to social media content, which means fans will still see her in upcoming episodes.

Cait Elizabeth Baunoch, known on-screen as Cait Fairbanks, is an American actress, has started acting at a tender age. She started performing on theater and has appeared in more than 20 theater productions. She’s been part of “Heathers: The Musical” and “13.” She also appeared on other shows like “CSI:NY” and “Untold Stories of the E.R..”

Young And The Restless Spoilers – Cait Fairbanks Bumped To Recurring

The report of Fairbank’s move from regular to recurring came at the heels of Loren Lott’s announcement that she has wrapped up her stint as Ana Hamilton on “The Young and the Restless.”

Prior to this, Fenmore Baldwin’s portrayer, Zack Tinker, was also moved to recurring status when his alter ego went on tour. Viewers haven’t seen him since then. But Tinker assured his fans that his character is still touring and will return on their screens soon.

As for Fairbanks, viewers know that her character Tessa is making a musical comeback. But since her storyline involves Ana, who said she’s capped her gig on the soap, Tessa might not get that much screen time anymore.

Young And The Restless Spoilers – Ana Hamilton Also Out

There has been a lot of changes in the show and fans are getting more worried. Viewers may recall that Mal Young left the sudser as head writer and executive producer earlier this year. He was replaced by Josh Griffith while Anthony Morina took on the executive producer position. If there was a notable change this year, it’s the fact the show didn’t do a teenager storyline this summer unlike before. Since Ana is out and Tessa is no longer a regular, it seems like the show isn’t interested in getting the attention of the younger audience.