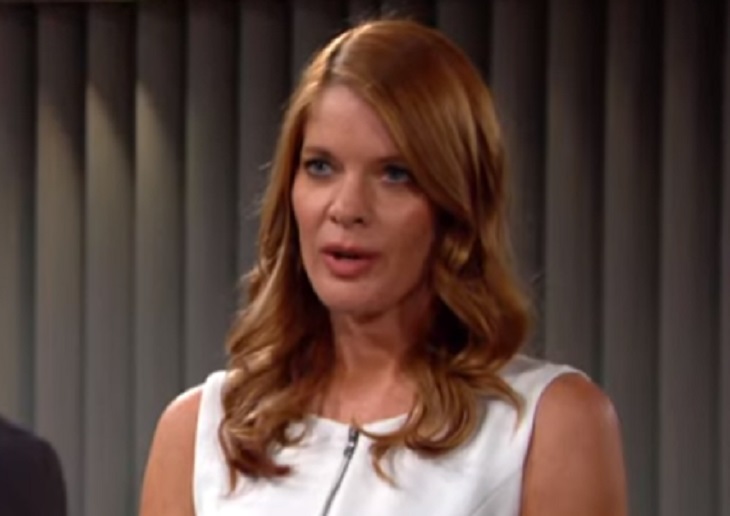 Now that he and Sharon Newman (Sharon Case) have broken up, Y&R spoilers indicate Rey will ask Police Chief Paul Williams (Doug Davidson) for his old job back. But he won’t stop there. Other rumors show he is going to challenge Adam. And Sharon will fight temptation this week – will she be fighting her true feelings for Adam?

It looks like con artist Chelsea Newman (Melissa Claire Egan) is moving fast. Her husband Calvin Boudreau (John Burke) has only been dead a few weeks and spoilers tease she and Nick will start planning their future. But there could be a bit of a hiccup in store for Chelsea, as veteran actor Gordon Thomson joins the Y&R cast on Monday. He will play Daryl Tulane, an old acquaintance of Chelsea’s. She will also receive a mysterious delivery. What will it be and does Daryl have anything to do with it?

Meanwhile, Billy continues to spiral out of control and has a vivid nightmare in which he murders Adam to avenge Delia’s death. Spoilers indicate he will also leave Genoa City. Will he head to the Abbott cabin to try to get it together?

Another intriguing spoiler teases Jack Abbott (Peter Bergman) will receive a call for help. Will it be from Nikki Newman (Melody Thomas Scott), who is deeply concerned about Victor Newman’s (Eric Braeden) health? Or will it be from Billy?

And it looks like Phyllis is gearing up to stab her ally Adam in the back. She’s already agreed to help Victoria Newman (Amelia Heinle) get revenge on Adam. Another spoiler teases Phyllis will stun Nick. Is she going to somehow get Dark Horse back for him? Speaking of Nick, he and Devon will team up. With Devon being Adam’s next-door neighbor, it’s possible Nick will ask him to spy on his younger brother.

Also, Mariah Copeland (Camryn Grimes) and Tessa Porter (Cait Fairbanks) will have something to celebrate on Y&R this week. With Tessa’s career on the upswing, maybe she’ll be heading out on a concert tour.

Christine Williams (Lauralee Bell) will decide to plot her next move and she may go back into the private sector, since Victor’s (Eric Braeden) lawsuit was settled and she resigned as DA. And of course, she will have her husband Paul’s full support, no matter what she decides to do. Victor, meanwhile, will tackle a tough decision this week. Will he decide to go off the medication that is affecting his memory?

And finally, Michael Baldwin (Christian LeBlanc) will stand his ground. Will Adam demand to know where Kevin Fisher (Greg Rikaart) has gone and Michael will refuse to tell him?